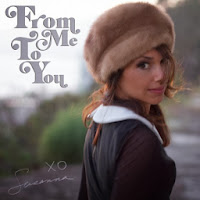 On my radio show yesterday, I premiered a new song by Matthew Sweet & Susanna Hoffs. The two have been making music together for years, and just released their third album of cover songs called, Under the Covers, Vol. 3. I've played Matthew Sweet on the show a number of times. His seminal 90s album, Girlfriend, still sounds as fresh as it did when it was released 20 years ago.

But listening to the new CD did not make me think of Mr. Sweet and his great albums from the 90s, it made me think of his collaborator, Susanna Hoffs.

Hoffs was/is a member of The Bangles, and that band's music had a pretty big effect on my younger days. For some reason, I haven't played them on my show (with the exception of their cover of Big Star's "September Gurls" which I played after Alex Chilton died a few years ago), but their original songs, especially those from the album, All Over the Place, deserve more attention on that score.

I tend to frame my discussions on The Bangles around my long-standing crush on Susanna. Sexist as it may be, I fell for her the second I saw her in the Bangles video, "Hero Takes a Fall." That crush did lead the 14 year old Dave to bike over to the record store and buy the LP. So, there's that.
In 1984, I was pretty much a metal kid. My record collection consisted largely of records by KISS, Ozzy, Motley Crue, Quiet Riot, and some Rolling Stones to mix it up. True story: I special requested the song, "Looks that Kill" by Motley Crue, to be played at my Bar Mitzvah. That's how serious a junior high metal kid I was!

Obviously, the 60's influenced, jangle-pop of The Bangles did not mix well with what I was listening to at the time. Nevertheless, that All Over the Place LP was in regular rotation at my house that year. I used to think that hearing The Replacements for the first time (apprx. 1986) was where my modern music taste was really formed. But now, looking back, I think that Bangles record was really where it started.

In addition to "Hero Takes a Fall," tunes like "Going Down to Liverpool," "James" and "Tell Me" further altered my musical perception. Sure, I got some crap from my metal friends, but no one in Quiet Riot was as cute as Susanna Hoffs, and that ended the debate for me (again, I was 14 or 15, so my debating skills were not quite perfected).
The next Bangles record, Different Light, also had a bigger influence on the teenage me than I have previously given it credit for. The record itself is not as good as the first one (the hit was "Manic Monday" a decent tune written by Prince), but it did introduce me to the music of Alex Chilton and Big Star. The band covered "September Gurls" a full year before The Replacements' song "Alex Chilton" introduced the indie rock world to the former Big Star frontman.

By 1988's Everything album, I had (for the most part) moved on from The Bangles. I remember buying the "In Your Room" 7" because it was an incredibly sexy tune from Susanna, but my musical world at that time was mostly about Husker Du, Replacements, Soul Asylum, Mission of Burma, Faith No More, and bands like that. The Bangles were bona fide pop stars by then, and songs like "Walk Like an Egyptian" and "Eternal Flame" put them in a different place than where I first got into them years earlier.

The Bangles broke up the following year, and Susanna Hoffs went solo. I don't really remember anything about those solo records.

I imagine the longest lasting effect of my early interest in The Bangles is my total acceptance of women in rock. Yes, I initially got into The Bangles due to an adolescent crush (which still remains to this day despite being in my 40's), but without the accompanying good songs, I wouldn't still be thinking and/or writing about them. After The Bangles and Go-Go's, I went to groups like Babes In Toyland, L7, Seven Year Bitch, Savages, Throwing Muses, Dum Dum Girls, and many, many more.
Wow. All of this reflecting and reminiscing just from seeing a current photo of Susanna Hoffs and hearing her sing "Trouble" by Lindsey Buckingham. The mind is a seriously bizarre instrument.

Hopefully, you got something out of this post. I have no idea if it even makes sense. But the new album from Matthew Sweet and Susanna Hoffs is excellent. At least you can take that away after reading this. That, plus some teenage crushes never die. 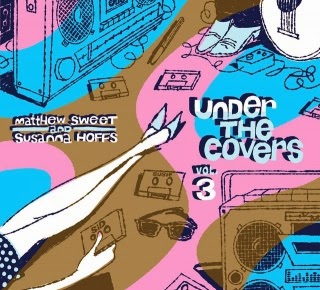