My Empathy For the Postal Service Is Gone

In general terms, I am very much pro-union. I have never been in a union myself; but as a good liberal, I appreciate and value labor unions. I also very much appreciate the postal service. How else can you get a piece of paper sent from the tip of Maine to the farthest Hawaiian island for a mere 44 cents? There is no alternative. Recently, there has been a lot of talk about the USPS having some major financial problems, and rumors of cutbacks in service and in number of employees. My natural inclination is to be opposed to such cuts. And, I guess, I am. But my incredibly negative experience with the postal service the other day, may have tipped me over to the other side. 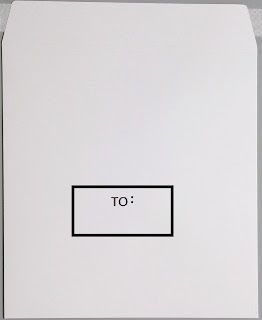 Every year, my company sends out wall calendars to our past and present clients around Christmas time. Being in the marketing realm, I am generally in charge of all bulk mailings. I have been doing this for nearly six years, and every year, there is always some new postal rule change that requires making what should be an easy task into a mindbogglingly complex one. However, in the past, it was something like rubber-banding the calendars this way as opposed to that way, or putting a blue sticker on instead of a red sticker. Annoying...but easy to remedy. Not this year.
Do you see the pic above? The one with the mailing label centered and slightly below the halfway mark of the envelope? According to the United States Postal Service, that is unacceptable and will not be delivered. Why you ask? According to the postal employee I spoke with, letter carriers simply cannot read the label in that position, and as of 2009, it has been USPS policy to require labels to be located on the right, upper half of the envelope. Now, like I said I have been prepping these stupid things for six years, and I have never heard of such a requirement, nor have I been advised that I was doing it wrong. They accepted the mailers and delivered them. I don't know how the mailman could read them in 2009 and 2010 since they were in such an inconvenient spot. The center is always the hardest spot to locate. 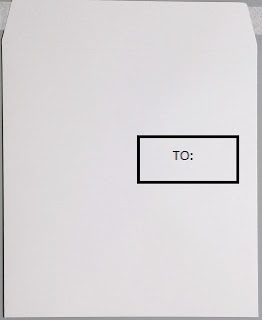 So, imagine my surprise when the postal service refused to accept my 1,400 calendars because of a rule that has NEVER at any time been mentioned, explained, or enforced until now - despite supposedly being in effect since 2009. After speaking to numerous supervisors, I was told simply that every single one of my envelopes must be re-labeled. One thousand four hundred calendars must be re-loaded back into the car, taken back to the office, re-labeled, re-loaded into the car, re-unloaded at the post office, AND THEN bagged, banded, and stickered. Oh yeah, and I need to put blank stickers over the old labels, too. FUCK YOU UNITED STATES POSTAL SERVICE.
You know, if I had been told, say, last year that they were wrong and needed to be corrected, I would understand. But no one ever said a word. Not one word. And believe me, postal employees have never been shy about pointing out new rules and polices - especially because they introduce new ones every other week. Now, I know what you're thinking. The postal employees I was speaking with don't set the policies, they are just tasked with enforcing them. My response is yes, but...
These particular employees - the two heads of the Bulk mail center - both gave conflicting information on exactly where the sticker was supposed to go. Then they denied they gave different information. Then they told me different years when the policy supposedly went into effect. All done with a smug arrogance that made me want to knock the teeth out of both of them. They knew that I would have to accept the idiocy they were spewing out, and they knew that I would be coming back since there is no alternative to them. And I will.
I was beyond angry at this situation and it made me question my constant defense of the postal service and its unionized workforce. These two supervisors could be as rude and condescending to me as they liked and nothing would happen to them. Nothing. They will be equally as rude and condescending to me when I return, I guarantee, and there is nothing I can do about it. I was even told by their superior that if I didn't comply to their silly new policy that they would accept my money, accept my calendars, and then toss them in the trash without hesitation. This was a high ranking postal employee who said this.
There is no real competition for the post office. Even if I had not gone bulk mail and sent the calendars first class, they would have been $1.48 a piece to send. Anyone want to venture a guess what UPS or Fed Ex would have charged? My guess is a minimum of $10 a piece. There just is no alternative. And that is why I am so conflicted. My personal experience with the postal service has been mostly negative. But in the abstract, I value and appreciate the postal service, and know there is no viable alternative to them.
But as the future of the postal service hangs in the balance, I think it would behoove the employees to not show any sign of glee when you are telling a customer that they have to re-do a large mailer because the label is 1/4" too far to the left of where you would like it. Don't smile smugly while the customer is explaining all of the extra work and cost required to accommodate such an idiotic policy change. Most Americans are not like me. They are not predisposed to support the postal service and its unionized workforce. Most Americans would simply write you off as arrogant, entitled jerks who will soon be unemployed. I am not like that, but you are pushing me in that direction.
Posted by Dave Splash