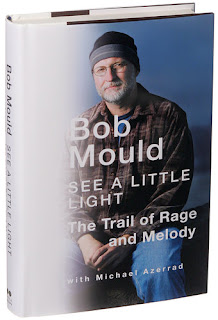 (This is cross posted at thedarkstuff.com)
Posted by Dave Splash

Thanks for the write-up on Bob Mould. I thoroughly enjoyed hearing him play in May, and have had some of his music here and there in the past ("Warehouse" and "Copper Blue"). I may have to check out that book!

Good piece. I need to check out some of the stuff he's been involved in.