An Idea To Cut Government Spending 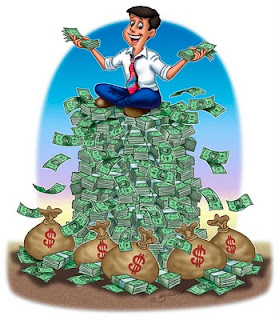 Last night on The Ed Show, Ed Schultz explained something that I was somewhat unaware of. He was discussing the imminent retirement of John Kyl (R-AZ) from the Senate, and then explained exactly how much of a taxpayer funded pension he will be receiving when he does retire. Kyl will be receiving $140,000 a year for the rest of his life at our expense. That is not exclusive to Kyl, of course, it applies to every member of Congress.
The way the pensions work - at least for the Senate - is that after serving five years (which is less than one term, by the way), a Senator is eligible for the pension. How much a Senator receives is based on the highest salary rate they had while a Senator. Said Senator will then receive 80% of that highest rate for the rest of their natural life. A Senator could serve less than a full term and receive as much 80% of their Senate salary forever. This is disgusting, and should be ended immediately.
Now, I am a supporter of pensions, in general. But since Congress is planning on slashing pensions for government workers, cutting Social Security benefits or raising the eligibility age, and attacking unions for their pensions, perhaps it is time to abolish the Congressional pension all together.
When Sen Kyl stands on the floor of the Senate complaining that we cannot afford to extend unemployment benefits of $400 a week to Americans who lost their jobs due to the economic collapse he helped create, yet is perfectly willing to accept $140,000 a year for doing nothing, something is very wrong with his priorities. This goes beyond party and ideology. Members of Congress are elected to serve a term and they are paid by the taxpayers for that term. They do not need to be paid by us for the rest of their natural lives.
My proposal is to eliminate all Congressional pensions - effective immediately - for all sitting AND past members of Congress. Is this unfair? Life isn't fair, Mr. Congressman. Get a job, man. It's real easy, right. That's what the members (especially Republicans) keep saying. Unemployed people are that way by choice, according to the GOP.
I admit that I have no idea how much money this will save or how much the deficit will be reduced by this, but who cares. If seniors, unions and the unemployed have to sacrifice, then so should Congress. Is anyone with me?
Posted by Dave Splash

This will save practically nothing, but I absolutely agree with you that congressional pensions should be abolished immediately regardless.

To me, it doesn't matter how much it cuts. If these members of Congress feel like giving away billions to corporations and then cutting Social Security and/or unemployment benefits because "we have no money," then they need to lose something also. I'd also like to see security, staff and travel budgets slashed for Congress as well.