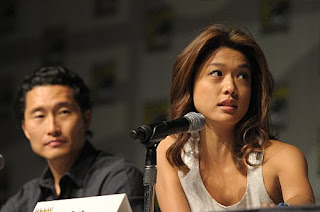 I tried (I really did) to like the new CBS remake of Hawaii Five-O. I just couldn't. It sucked. Despite some great casting like Daniel Dae Kim (Lost) and Grace Park (Battlestar Galactica) (pictured above) and even Scott Caan (Entourage), the writing is so bad and generic that I actually checked my DVR more than once to see how many minutes of this dreadful pilot I had left to endure.

I don't actually remember the set-up for the original series, but I assume CBS wanted to update things to try and make them more relevant to today. So, that means terrorism, naturally. Great. Another terrorism themed show. How original.

I'm not even going to bother explaining the pilot or the differences between the original campy show and this poor attempt at a remake since it will likely be canceled shortly. Too bad. I thought this had potential. Avoid at all costs (even though Grace Park in a bikini is something worth viewing, she wasn't in the pilot enough to warrant watching even for that).

UPDATE: Egotastic has some pictures and video up from the only interesting part of the show...Grace Park in her underwear and bikini. 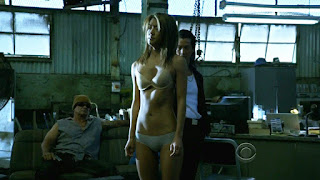 Yeah, I saw it and I am luke warm on it. I suspect it won't survive the first season unless the writing drastically improves and the plotlines become a little more inspired.

I was shocked at just how generic it actually was. Somehow, they managed to fit every cop show cliche in just 60 minutes.