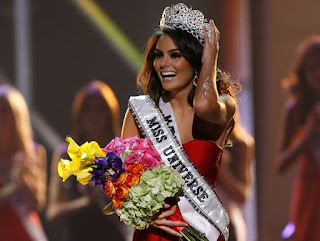 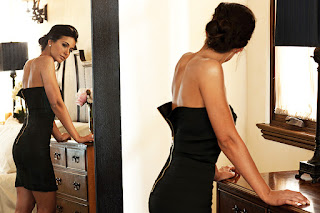 The more facts that come out about this "moderate" imam has caused me to reconsider my position. At first, I didn't really care whether the mosque was built at ground zero, even though I didn't think it would help his purported cause.

Now after hearing that he refuses to denounce Hamas, has laid blame on 9/11 on America, has lied about getting funding only from American grass roots efforts, has said some disturbing things about Sharia law and American culture, I am now of the opinion that he doesn't need to be allowed to build his mosque anywhere!

If one is "tolerant" of terrorism and refuses to disclose one's funding of a supposedly tax-exempt mosque, than there is something to hide.

Further, he should be removed from the government payrolls immediately as a "goodwill ambassador".

Next, Politco found the one guy in the crowd that had a beef with Beck and made his statements accordingly. Beck may be many things, but he is nothing if not sincere in his dealings.

The fact that he is so effective in educating and stirring the American People to understand what is happening in our country is why the progressives are using Alinsky tactics to try and marginalize Beck. The good thing is, as Beck himself proclaims, they don't just take him at his word. He tells them to go research things themselves and tells people to question everything.

You are buying into the smear job being done on this guy. It's funny, he was a "good Muslim" according to Glenn Beck, Laura Ingraham, Fox News, and the Bush Administration, until the right needed another campaign issue to gin up. He never blamed 9/11 on the US, you are taking a quote out of context, (which is soooo typical of the right these days). He said the attackers on 9/11 said their motivation was American foreign policy, and their supporters say that, too. How is that controversial? He was stating what had already been said.

There is no issue with funding, because they have barely raised any money beyond the initial money to buy the building! And the money they did raise came from a foundation that you, personally support every day...Fox News. The foundation that everyone is criticizing was founded by Saudi Prince Alwaleed bin Talal. This is the SAME guy who is the largest share holder of News Corp other than a member of the Murdoch Family. He even bragged in 2005 about manipulating coverage on Fox News. So, the shady, terrorist money is coming from an owner of Fox News, Paine. If you really were being ideologically consistent, you would boycott a station with terrorist ties. Somehow, I bet you won't.

So, if the money is "tainted by terror" than so is Fox. And if it isn't, then neither is the Imam. You can't have it both ways.

As for the Beck story, sorry but it was more than one guy. Loads of people question his integrity (and sanity) on a daily basis, and many are from the right!

Alinsky tactics...zzzzzzz......boring! Websites like Media Matters quoting him and providing recordings of his radio shows for listeners without the stomach to listen all day, is hardly a bad thing. Why do conservatives in the media hate being quoted?

Beck is about to make a huge tactical mistake by trying to "reclaim" the civil rights movement with his stupid little march this weekend. I doubt he understands anything Martin Luther King ever said or wrote. Beck is the antitheses of everything MLK stood for. I find Beck's idea sickening, and I'm glad that (finally) conservatives are waking up to what he is really about.

I won't even bother wasting my time with your other inaccurate claims, but let me say that Beck is one of the few people that I have seen absolutely defend the civil rights movement from all aspects.

Further, I would vehemently argue that it is the left that has perverted Doctor Kings platform. King was all about judging by the content of ones character and not skin color. Instead the left is COMPLETELY about skin color to the point where anyone of color is above criticism or their "attacker" is labeled as a racist. This has been our president's MO for years now.

Beck has gone out of his way to try and educate listeners about what a huge positive influence black Americans have in our nation, including those good people of color that were instrumental in our founding as a country.

Why the hell is that not taught in public schools today? (I guess it doesn't jibe with the progressive "victim" mentality, huh?)

You read intentionally erroneous statements on Beck in Media Matters and make your judgements accordingly. That is fine, but you have a completely innacurate picture of him because of this.

BTW, did you know that Beck was one of the few people that stood up for Ms. Sherrod when everyone else, including the White House, kicked her to the curb?

Yeah, Beck is sickening all right...

MLK was as liberal as they get. To say otherwise, is to intentionally distort history.

Read a book, Paine. To argue that Glenn Beck is in any way like MLK is just wrong.

He supported social justice, which Beck despises. He called for strong federal government action to reduce poverty and to override the Southern law enforcement that refused to protect black citizens. MLK called for an economic bill of rights which would have "guaranteed a job" to anyone who wants one. "Some will be called reds and Communists merely because they believe in economic justice and the brotherhood of man. But we shall overcome," Martin Luther King Jr from his book A Testament of Hope. Does that sound like something Beck would support? Economic justice? That is the opposite of what he says every day.

Beck mocks the idea of increased taxes for the wealthy, and constantly accuses liberals of supporting wealth distribution. How does that square with MLK, "This will be the day when we shall bring into full realization the American dream -- a dream yet unfulfilled. A dream of equality of opportunity, of privilege and property widely distributed; a dream of a land where men will not take necessities from the many to give luxuries to the few; a dream of a land where men will not argue that the color of a man's skin determines the content of his character; a dream of a nation where all our gifts and resources are held not for ourselves alone but as instruments of service for the rest of humanity; the dream of a country where every man will respect the dignity and worth of human personality -- that is the dream."

I could go on and on. MLK and Beck are nothing alike, and if MLK were alive today, Beck would be slandering him, saying he hates white people and calling him a commie and much worse. (continued)

Beck is many things, but civil rights crusader or activist is not one of them. It is an insult to the legacy of MLK that he is trying to recreate such a pivotal moment in American history by turning it into some right wing hate fest and a way to sell more books.

I imagine that I have known about Glenn Beck longer than you, my friend. He was on the radio in Tampa where I lived back in 2002. He was a phony then and he's a phony now.

And if Beck really cared about "good people of color" as you say, why has he never apologized to the first African-American President for saying he is a racist and has a deep seated hatred for white people and white culture. Until he apologizes for that slander, he gets nothing from me. That is one of the most baseless and offensive things anyone has ever uttered about the president, and he needs to make amends for it.

Dave, I am not comparing their politcal ideology. I simply am saying that I have personally heard Beck praise Doctor King's non-violent civil rights agenda and that he admired his pro-human rights stance regardless of color.

That is something all should be able to agree upon regardless of political ideology.

As for social justice, that term has also been perverted over the decades and hence the reason why Beck now despises the term in its current definition.

What was once helping the poor and working to ensure an equality in opportunity has become a mandate from progressives to ensure equality of outcome. As Al Sharpton said, it is about everyone having equal houses with equal stuff. THAT is communism and I also will fight that crap till the bitter end right along side Mr. Beck.

I also would have proudly stood with Dr. King in his quest towards civil rights. There is not a dichotomy there.

I also have great admiration for Dr. King having literally put his life on the line to achieve equal civil rights peacefully.

I strongly disagree with the wealth redistribution and communist rhetoric though and would not have supported that. I can differentiate between the two issues of Dr. King's beliefs and be supportive of the one and not the other.

I would imagine the same is true of Beck.

Doubtful. If MLK were alive today, he would be all over Beck's conspiracy chalk board and be called a Marxist, Maoist, Communist, Nazi, and every other term he uses to describe anyone he disagrees with.

Beck would consider MLK an enemy, and probably claim George Soros is paying him to attack "good Americans."

You can't divorce MLK from his political activism. He was a community organizer on a scale never seen before. Again, that is a notion that Beck would attack.

Beck has a right to have a rally wherever he wants, but trying to tie his Beck-a-palooza to Dr. King is shameful.