At Least Fox Has Its Priorities Straight 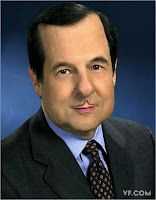 During my lunch break, I turned on the TV to see what was going in the world. Turns out, there was a media event in the east room of the White House to formally announce the official confirmation of the next Justice to the United States Supreme Court, Elena Kagan. Kind of a big deal, no? MSNBC was carrying the event (a speech from the president and then from the new Justice) live, as was CNN and C-Span.
Guess what was on at the "fair and balanced" network. A discussion about whether or not paddling students in school should be legal, followed by an intelligent discussion about the woman who discovered her husband had a secret life on Facebook.
Posted by Dave Splash

Sounds to me like Fox took that news about as seriously as the Senate did in the confirmation process of this newest progressive activist justice.

Well, the process was longer for Kagan than it was for Roberts and Alito - both of whom lied in their confirmation process and should have been disqualified. But, as you know, the standards are always different for this president and the Democratic party.

Not surprised Fox ignored the story. It doesn't fit the narrative they have invented about President Obama.

You must be kidding me! First, please tell me how Roberts and Alito lied in their confirmation process.

Second, you are crazy if you think Kagan was truthful and forthcoming in her process. She once wrote something to the effect that SCOTUS candidates were ridiculous and not pressed for real answers by the Senate in their confirmation processes. That was the last time she was completely truthful and candid.

She then turns around and is guilty of those very platitudes and half truths (some no-truths in her case) throughout her confirmation process.

She has no intention of interpreting law. She fully intends to make law from the bench just like the other communist ACLU lawyer Ginsburg on the bench.

You're kidding, right? Both Roberts and Alito lied through their teeth when asked how they approach cases. Both said they respect precedent - they don't. Both said they viewed issues like civil rights and Roe V Wade as "settled law" yet they have tried to undermine it since being on the Court. Both said they would judge cases based solely on the facts, yet they have shown an unwillingness to set aside their strong biases.

At least Scalia admits what he is. Roberts and Alito lie and call themselves moderates, when they are extremist right wing ideologues.