Support the Concert For Equality 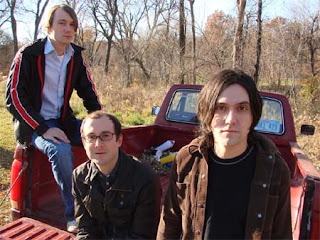 It was just officially announced today that on Saturday, July 31, in downtown Benson, Bright Eyes will be headlining the "Concert For Equality." The concert is a benefit for ACLU Nebraska, with the proceeds being used to help fight the new anti-immigrant law passed in Fremont, Nebraska.

Along with Bright Eyes, concertgoers will get to see Cursive, plus reunion shows from Desaparecidos (Conor Oberst's more "rock" band) and Lullaby For the Working Class. Other bands will be announced shortly.

Tickets are $20 and will be available July 10 at the 1% Productions site. A number of Deluxe Tickets will also be available for $50, and they will give entry to another show later that night at Waiting Room.

Buy your tickets early to support this cause. It would be tragic if Nebraska became the new Arizona.
Posted by Dave Splash

That is truly sad that some place would pass an anti-immigrant law!

Now I could understand a law against ILLEGAL immigrants being passed, but I am sure that isn't what you meant... :)

That is the language used on the site about the concert, so I used it here.

But, it is the right that utilizes a bait and switch move on the American public on this issue. Conservatives know that businesses hire illegals intentionally so they don't have to pay much, and don't have to provide any benefits. It is part of the right's philosophy of driving wages downward for working people to maximize profits for those at the top. I have not heard a single proposal from the Republican party in Arizona or nationally about punishing the businesses that hire the illegals, only talk about rounding up illegals, and demonizing Latinos.

So, when you make a law like they did in Fremont, NE which punishes a person with jail time for renting an apartment to an illegal (even unknowingly) the intent is to punish immigrants - legal or otherwise, by forcing landlords to become the INS. The ultimate effect is to drive the Hispanics out of Fremont and into somewhere else.

So, in a very real way, it is an anti immigrant law and an anti Hispanic law, in much the same way Arizona's law is.

Well, for what it is worth, I do agree with you about the absolute need to punish businesses that exploit illegals. Further, I think you would be surprised how many of them are leftists too, Dave.