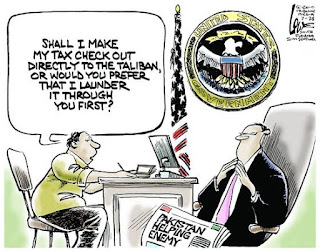 Kind of sums up my current feelings on the futility of the war in Afghanistan. From today's NY Times, "A corrupt judiciary and the lack of government services have made it easy for the Taliban to gain a foothold in rural areas. At least the Taliban judicial system is swift and free of bribes, said Nuria Hamidi, a provincial council member. 'They are solving issues quicker than the government, and people in the bazaar say, ‘I had this problem or that problem and the Taliban solved it,’ she said" 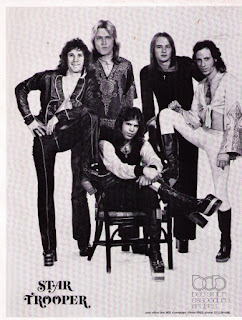 If Shelby is guilty, he should be prosecuted and removed from office. (Just like what SHOULD have been done to the criminal Charlie Rangel.)

Just a guess, but I bet Alan Grayson is the guy you don't think belongs on that list of the Top 10. For the record, I agree with over half of them.

I understand your thoughts on the Cordoba House and am inclined to agree with you on this issue. Had it been built right at ground zero, however, my opinion would be different.

I want Rangel out, too. If he's guilty (and it looks like he is) he should be forced to leave Congress. But the media is fixated on Rangel and largely ignoring other ethics scandals with John Ensign and now with Shelby.

Grayson was the guy, but only because he's only served one term. Not enough to really warrant being on the list since almost no one even knows who he is.

I applaud your consistency with Rangel, Dave. For the record, I agree with you on Ensign too.