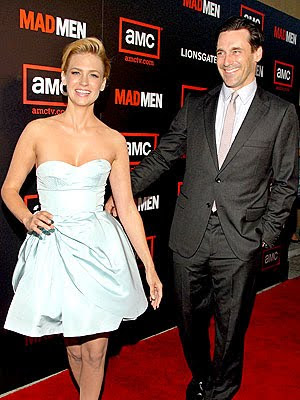 It is amazing the propensity for the left to take things out of context or flat out lie.

Arpaio is NOT curbing free speech. He said he will arrest anyone engaged in civil disobedience such as blocking streets or creating a security hazard around the Maricopa County Jail.

Pew poll, huh? We have the whole 20th century that proves beyond a shadow of a doubt that progressive socialist programs weaken or destroy nations, often times with human rights trangressions being committed in their name. I have to hope and assume that the American public is not that stupid and that this poll was an aberation of a poor sampling of idiots.

Funny how Mr. Wolf forgets the part that supply side econmics actually INCREASED federal receipts to the treasury. It was the lack of cutting in spending by Democrats in congress (notwithstanding the wanna-be Dems under W. Bush). It doesn't matter if you make $5 trillion if you are going to spend $10 trillion.

If Jerry Brown wins governor in California, America will absolutely be paying for the bankruptcy of the state within a decade.

The repeal of DADT is a travesty and most military members are NOT in favor of such an action. O'Reilly is wrong on this issue.

That ad is great! The GOP should co-opt it and run on that exact platform. The landslide victory they would receive would be of Mondale-like proportions!

No, Paine, what's amazing is how when liberals protest something, they are dangerous and need to be arrested. Or they hate the troops, or America itself. Yet, when conservatives protest something - even their delusional, paranoid, and baseless claims about the government - they are to be treated as patriots expressing their constitutional rights. Arpaio is a lying scumbag, who targets his political opponents and anyone who disagrees with him for arrest. That is his nature.

Actually, the 20th century shows, beyond a shadow of a doubt, that Americans prosper under Democratic administrations and only the wealthy do under Republicans. I know in the Glenn Beck history revisionism course you are taking it says otherwise, but facts are facts. Hell, Jimmy Carter's administration created more jobs in his four years than George W did in 8 years.

Your facts are just wrong regarding supply-side, voodoo economics. All honest economists know and acknowledge the basic facts that any revenue increase was not enough to cover the massive deficits incurred by reducing the amount of taxes coming in. Deficits began to explode under Reagan and Bush, were drastically reduced under Clinton, and then exploded again under W. Conservatives claim they care about deficits, yet they always increase under conservative governments. The right cares more about tax cuts for their millionaire donors than they do for deficit reduction. Every major Republican has agreed with that sentiment this week in the debates over extending the Bush tax cuts for the wealthy. None of them want to offset the trillions in increased deficits, they just want to cut taxes for their friends.

Check your facts on DADT. Overwhelming majorities do support the repeal.

Look, I get it. Inside the conservative bubble, you are told that reducing taxes for millionaires somehow increases revenue, that gays will destroy the military, that only liberals cause deficits, that liberals are against civil and human rights, that when liberals utilize their freedom of speech it is un-American, that Pres. Obama is a Nazi, that Sarah Palin has the knowledge level to be president and it was the media that "forced" her to resign, that only Democrats engage in corrupt activities, that the country wants a return to the Bush years, and that whites are oppressed in America. In the real world, however, none of that is true.

I suggest you step outside of the bubble for a day or so.

And either you trust polling data as a reflection of American opinion, or you don't. You can't simply dismiss any poll that doesn't reflect your personal opinion, and tout the results of those that do.

For example, you have consistently claimed that most Americans oppose the health care reform law passed last year, yet a new poll conducted by the Kaiser Foundation, shows support at 50%, while only 35% oppose. That opposition has dropped six points in just one month. Nearly every poll out there reflects the same thing.

Wall Street reform is favored by an even larger number, yet the Republicans, on mass, opposed it. Polling data shows that more than 60% favor letting the portions of the Bush tax cuts that benefit the top 1% of Americans be allowed to expire. Republicans keep claiming Americans support them on the issue, yet they don't. An even higher supported extending unemployment benefits even though it would increase the deficit. Republicans opposed.

Sorry, but take away the 2-3 million people who religiously watch Fox News and listen to Limbaugh, most Americans support the policies of the Democrats on the economy, Wall Street, health care reform, and fair tax policies. Deny it if you want to, but regardless of the outcome of the midterms, Obama will be re-elected in 2012, and will ultimately be credited for saving the economy from the disaster the Republicans left it in.