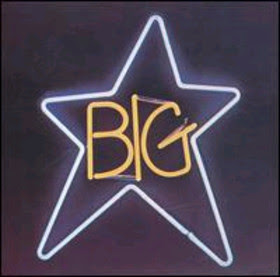 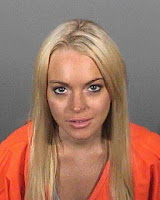 I do not understand the progressive's hate for the Tea Party. The Tea Party goal is to hold both major parties accountable to the people. They wish for fiscal responsibility and prudence, and a limited government based on Constitutional law. The fact that this is controversial with the left speaks volumes as to how anti-American they have become.

Kagan is dangerous and I hope the GOP fillibusters her nomination hearing in the full senate. She has shown a willingness to ignore federal law, she shows every inclination of wanting to legislate from the bench, and she is demonstrably hostile to life and other rights enumerated in the Constitution. Graham is a fool and should just go ahead and switch parties now.

The Tea Party is of the extreme right, and the only people who don't seem to know this are you and the mainstream media. This "movement" is little more than Republican sour grapes for losing two consecutive election cycles, and a pathological refusal to accept any blame for their role in causing the problems they claim to be so upset by. Tea Party = blame Obama. Pure and simple.

If you want to see anti-Americanism, just look to Andrew Breitbart, Pajamas Media, Fox News, Rush Limbaugh, and the rest of the intentionally dishonest, conspiracy-theory obsessed right wing media, who have turned every policy difference into a reason to secede from the country, start a revolution, or use "2nd amendment remedies" to deal with people who have a different opinion.

How, exactly, is Kagan dangerous? Where has she ever shown a "willingness to ignore federal law" as you claim. Just because Hannity says something, doesn't make it true.

The right in the country have decided that only it knows what is constitutional and what is not, what is legal and what is not, and what is American and what is not. And no one is allowed to disagree, lest they be called anti-American, out to destroy America, or some type of Nazi. Aren't we supposed to be allowed to think for ourselves? Do I have to agree with Rush fucking Limabugh in order to be a real American?

Dave, if what you say about the Tea Party simply being Republicans was true, wouldn't that make their founding and existence not only redundant but unnecessary?

If you haven't noticed, the Tea Party has been criticizing and running candidates against the GOP establishment too. Ask soon-to-be GOP Senator Bennett from my state of Utah about that.


Further, I have heard Hannity, Beck et al on MANY occasions saying that the way to deal with disagreements is by getting involved. They have all explicitly said that using violence is not the answer and only undermines the conservative cause. Your rants to the contrary seem to be fever dreams from KOS talking points, sir.

AS for Kagan, she violated federal law badly in two specific instances that immediately come to mind. First, she ignored the law saying that military recruiters must be allowed on campus for colleges that accept federal funding. When she was at Harvard, she disallowed this from happening.

Second, she re-wrote opinion during the Clinton administration to weaken the abortion stance of law being debated. She CHANGED the expert testimony of those that had contributed to the framing of the legislative debate. That should dismiss her from consideration right there!

She is a progressive ideologue that has no intention of NOT making law from the bench, just like her hero Thurgood Marshall did.

They are running in GOP primaries, which says to me and everyone else that these folks are exactly as I say: disgruntled Republicans.

Yet none of them have challenged the numerous tea party candidates and rank and file members who do threaten violence on those who disagree. Sharron Angle, for example, only appears on Fox. She has never been asked what she means when she said Americans should resort to "2nd amendment remedies" to get the policies they want from Congress. If you don't agree that is a threat of violence toward political opponents, then I would submit that you are not familiar with the terminology.

You are wrong on the Harvard thing, as it was a policy put in place by her predecessor. When Kagan came in, she was the one who settled the issue with the federal government, and created an accommodation acceptable to the Bush government. Furthermore, military recruiting on Harvard increased during her tenure, so that would seem to disprove the allegation anyway.

On the abortion thing, I have no idea what you're talking about, though I highly doubt it is as you say. This woman was just confirmed as Solicitor General 18 months ago, and this was never mentioned. Sounds to me like it may be a misrepresentation of fact.

Considering that the current activist Roberts Court has done more legislating from the bench than any Court in history, your last comment seems a bit disingenuous.