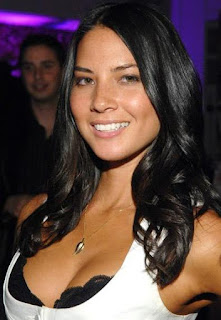 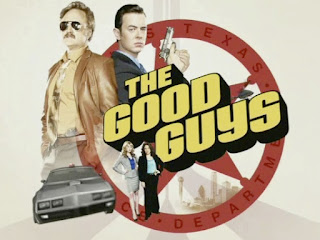 Wow Dave! Vacation did you some good. I don't even have any serious disagreements on this posting to gripe about, sir. :)

I want to take this opportunity to thank the Tea Party for electing Massachusetts Republican Scott Brown since he voted for the Financial Reform Bill and help the President of the United States with another legislative victory, thank you Tea Party. Have you heard of “Unintended Consequences” or “Blowback”? Was he working for the Tea Party, himself or our Country, hmmm only you can answer this one?

The problem is this. Tea Party candidates will win a number of these congressional races because local districts are often safely partisan in nature. They can make their wild, unfounded claims, crazy accusations, etc., and win. That means not only are we likely to see an increase in Republican seats in both houses, we're likely to see more antics, more insanity, more stupidity. At the same time they're going to do everything they can to derail Obama's policies which will likely mean high unemployment, a moribund economy, and more compromises on policy positions that make no one happy.

That could literally mean that if the Republicans put up a legitimate candidate in 2012, they could win. Such a result is bad enough, but the likely response for the Democrats is to move further to the "middle" to placate voters. As we've seen over the last decade, the "middle" in American politics is basically on the verge of being an 80s Republican. Increasingly that means we'll have a political landscape of a conservative party and ratfuck insane parties. The former, given it's track record, slowly moving to the right, the latter, given it's track record, loudly screaming "socialism, communism, fascism!!!"

If we continue on this course, privatization will be socialism.

Fortunately, Dogmeat, the teabaggers have lost pretty much every race they have entered. Pennsylvania, New York, Florida, California, etc have all been lost. Hell, a bagger even lost the Republican primary in Alabama of all places! Scott Brown was a victory claimed by the bag, but he denied he was one, and now they all hate him anyway for putting the country ahead of his party.

A few did win Republican primaries, but the results are still not in on those. The teabagger candidate has all but assured a victory for Harry Reid in Nevada, and thanks to Rand Paul, the Dems have their best chance in a long time of winning a Senate seat from Kentucky. In Florida, Rubio is costing the GOP a seat because of his bagginess.

The entire tea party "movement" is overhyped. These folks are disgruntled, far right Republicans. They are also known as the GOP base.

But, your concerns about the Dems being so far to the "center" (aka the right wing of just a few decades ago) are valid. There is no liberal party anymore. There is a center-right party and a batshit insane, extreme right party. That is troubling.

Considering the fact that the seizing of huge corporations by the federal government, the un-Constitutional mandating that all citizens must purchase health insurance simply because they are alive, and the gargantuan increase in the size, scope, and intrusiveness of government has all occured in the last few years, I find your worries that the country has shifted too far right to be out of touch with reality!

Dogmeat said, "they're going to do everything they can to derail Obama's policies which will likely mean high unemployment, a moribund economy, and more compromises on policy positions that make no one happy." Excuse me, sir, but what the heck do you think we have currently due to the annointed one's policies?

I'd quit with the Kool Aid and start sharing the Jack Daniels if I were you two... :) Cheers!

If the country were as liberal as you claim, we would have national health insurance. Instead, "Obamacare" did what the right wanted: extended the life of a completely unnecessary industry, the health insurance industry.

The fact that the health care bill assured the continuation of private insurance, yet is still bashed as "government health care" shows the country is so extremely to the right, that the actual left cannot even be seen or heard from any more.

I'm quite happy with Scott Brown.

He voted for the fake financial reform bill, which is fine. While there's no financial reform in it, it's generally harmless. So Scotty gets to look like a bipartisan compromiser to his leftist Massachusetts electorate by voting for a meaningless bill.

As for "helping the President," go ask your friends and neighbors, "Hey, what do think about that awesome financial reform? What a win, huh?" As if a complete farce of a bill written by the corrupt Dodd and Frank is going to swing any moderates or turn out any base.

As for the overall Tea Party, sure there are some nuts. But mainstream Republicans (Boehner et. al.) are the ones who drove this country into a ditch along with Bush and the Democrats. We need reform so desperately that I'll take a few kooks along with the wave of reformers.