What Happens When You Sell Out Your Beliefs and Still Lose? 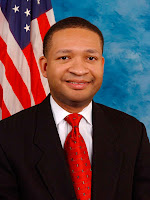 Ask Rep. Artur Davis (D-AL). Mr. Davis, who I admit I have respected in the past, just got seriously spanked in the Democratic primary for governor of Alabama. Davis was a long-shot to win the general election for obvious reasons. We're talking about Alabama here. But a lot has changed since the 1960's, and the possibility of an African-American governor in that state is not completely inconceivable.

So, Davis decided to give it a try. In advance of the primary, Mr. Davis decided to run to the right. He voted against health care reform while offering no alternatives, and he took for granted the African-Americans in the state. He had virtually no outreach to them, and instead, made a full court press for the more conservative, white vote. Most African-American organizations endorsed his opponent.

Davis lost nearly every majority black district to his challenger, Ron Sparks (who is white). Sparks is a supporter of President Obama and health care reform. Looks like the Democratic voters in Alabama are as well. Heckuva job, Artur.

Rep. Parker Griffith (R-AL) suffered a similar fate. Griffith was the former Democrat who changed parties a few months ago after voting against health care reform and the economic stimulus. He made a series of nasty statements about Speaker Pelosi as the Republican establishment in DC used the switch to score political points. Griffith lost the Republican primary in Alabama yesterday after only getting 33% of the vote. Griffith is now just a one-term, backbench nobody. Nice work.
Posted by Dave Splash