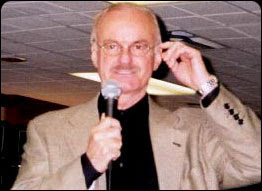 Former KISS manager Bill Aucoin has died at age 66. He passed away from complications due to cancer.

Mr. Aucoin discovered KISS in 1973 while he was working as a television producer. Legend has it that Aucoin, who had never worked in music before, saw the band once and promised to land them a record deal within a week. He did.

Aucoin guided the band through its glory years in the 1970s, but by 1982, he and the band were no longer seeing eye to eye.

The following video features Bill talking about his time with KISS, and some great behind the scenes stories. There are a number of volumes. If you're a KISS fan, you'll want to watch them all.
This message was on KISS' official website today: 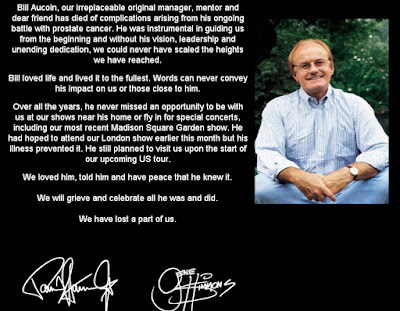 I just got an email from our marketing department for discount tickets to see KISS here locally.

I didn't know they were touring again lately. Are these the original band members? Gene, Peter, Ace, etc. do you know?

No, not the original band. Gene Simmons and Paul Stanley are still there, but they have replaced Ace and Peter with two younger guys who wear their make-up.