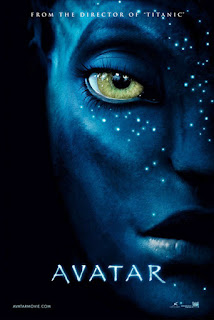 I know I'm very late to this, but I finally saw Avatar last night. No need for a review here, as most people on planet earth have already seen it. I liked the movie, and thought it was quite impressive visually. So impressive that I really wish I had seen it in IMAX or 3D when it was in theaters. As for the story, well I could see why people see it as an "environmental" movie, but I saw it more as an allegory to how Native American Indians were treated when Europeans "discovered" the new world. Hell, most Americans, to this day, still refuse to acknowledge the cruel and immoral way we dealt with the Indians. It was essentially a genocide, and it is a very dark chapter in US history.

Anyway, that's how I viewed Avatar. It was an enjoyable, though quite long, film.
Posted by Dave Splash

I heard it acurately described as an amalgamation between The Matrix and Dances With Wolves...

Yeah, I guess I could see that.