Stayed up really late last night to watch the series finale of Lost. As you know, I was on-air until 11 pm, so I had to watch it after I got home (and avoid the internet so I didn't see any spoilers).

I was a late arrival to the Lost phenomenon. I didn't start watching until the show was already in its third season. Due to the miracle of DVD, I was able to get caught up by the beginning of the fourth. After all is said and done, I definitely see Lost as one of the greatest programs ever on television. It was incredible. It had the ability to be challenging and intellectual while simultaneously being melodramatic and, at times, humorous. It was the mix of the heady, "out there" stuff and the more traditional television fare - like romance and intrigue - that made the show so successful. I can see why some did not like the show, but given a chance, I think the show could appeal to pretty much anyone.

I'll add my two cents to all the discussion and debate about last night's series finale. I liked it. A lot. Before watching the show, I saw a brief interview with Sonya Walger who played Penny Widmore on the show. In it, she said that for those looking to have all of their questions answered, the finale will disappoint. But for those looking for an emotional resolution, the show will deliver.

Walger's assessment is accurate. There are still a million unanswered questions, and that is how they will remain. But the important thing is that the core cast members from the beginning - Jack, Kate, Hugo, Sawyer, Sayid, the Kwons, Charlie, et al - wind up together at the end. I was wondering how the alternate LA reality (flash sideways) and the island reality would ultimately merge, and it turns out they do. Only it was not, at all, how I imagined it.

It would appear to me that when the A-bomb was detonated at the end of last season, it did work. Everyone died. It prevented flight 815 from ever crashing onto the island. However, if you died in the 1970s, it's pretty hard to see how you can live a normal life in the 21st century, regardless of where Oceanic 815 landed. Essentially, the castaways found themselves in some form of purgatory; and where one ultimately spends eternity is based on how they handle themselves on the island. Funny, but didn't Richard Alpert say a few episodes back that everyone was dead and they were in hell? 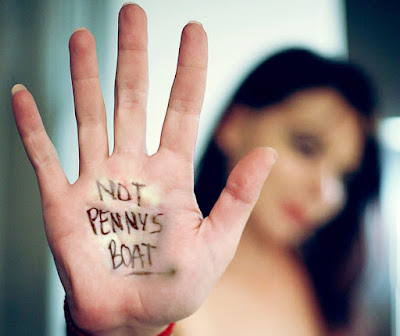 The island's light, it would appear, is heaven. Extinguishing the light would doom everyone to hell. When Jack was able to re-ignite the light and save the island (causing his death in the process), he was "saved" for lack of a better word. Perhaps everyone else was, too, but what we know as Lost may just have been Jack's story. Maybe everyone else had their own. Who knows.

Clearly, though, the final scene at the funeral home is when Jack finally "lets go" and realizes his true situation. Like everyone else present, he is dead. Kind of a bummer to realize, in a way. I was satisfied with the ending and think it did the show justice. As a science fiction fan, I was a tad disappointed since they didn't answer a lot, but in terms of action, fantasy, and drama, it was amazing.
See more funny videos and funny pictures at CollegeHumor.
Posted by Dave Splash

Bad ending to a good series....just like Battlestar Galactica.

Actually, that's a good comparison to BSG. They left a lot of things about the mythology, history, and origins of the cylons out of the ending. It was pretty vague, if I remember.

I haven't seen Jacob's Ladder since it was new, maybe I should watch it again.