Though I felt like last weekend was pretty uneventful, I guess it wasn't all bad. I do have a few things to report. I finally saw the Oscar winning (and much hyped) film The Hurt Locker. Maybe it's just me, but I didn't think the movie was "all that." Certainly not Oscar worthy. I found myself bored and trying to figure out how many minutes were left in the movie once I was about halfway through.

My criticism of the film has nothing to do with the realism (or lack thereof) of the movie. I wasn't there, so I don't know exactly how realistic it is. Don't care either, to be honest. I like war movies, in general, but there needs to be more to make me interested in the characters, and that was missing from this flick.

I did catch part one of HBO's new WWII miniseries, The Pacific. I loved Band of Brothers a few years back, and am hopeful that this lives up to that series' legacy. And since my grandfather was at Guadalcanal, I guess I want to see a little bit of what it was like for him all those years ago. The first episode was pretty good, so I'm gonna keep watching.

I had a good time at the Box Elders show on Saturday night. They put on a pretty energetic set. I got a chance to talk a little with guitarist, Jeremiah Macintire, and found out that he no longer lives in Omaha. So, should they still be considered a "local" band? Either way, they'll be back back on April 5th as the opener for Black Lips.

I posted a new episode of The Dark Stuff podcast - #35 - on Saturday, so make sure to give it a listen. 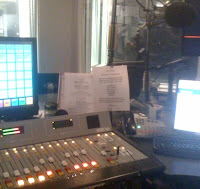 My last bit of news pertains to my radio show last night. It sucked. No other way to describe it, folks. It wasn't entirely my fault, however, as I was plagued by technical difficulties. You see, I run my show entirely from CDs. Conveniently, there are two players so one disc can flow smoothly into the other. Well, about 10 minutes into the show, one of my CD players stopped working. So, I was trying to be smooth and work on it while talking on-air, and it was not going well. I'm sure I sounded drunk or something.

Long story short, I rigged up the recordable CD player to function as one I could use on-air. It was a little iffy, but it did the trick. Apologies to anyone listening in the first 20-25 minutes of the show, as it sounded less than professional. Oh well...
Posted by Dave Splash

Honestly, I'm thinking the only reason Hurt Locker won was because of the whole "zomg support teh troops!" mentality in this country. If it hadn't won, then the right wingers would probably have griped that Hollywood doesn't support the troops.

That could be, though there have been other Iraq War movies over the last few years, and they went nowhere. I think the fact that it had a female director, and no woman had ever won "best director" before, was a factor. And the Academy hates James Cameron, so naturally, it wanted to snub him.

Either way, I thought the film was thoroughly mediocre.