So Much for Racial Profiling... 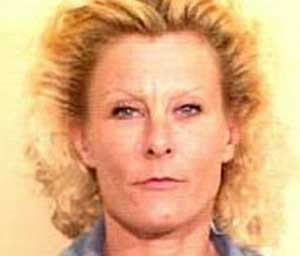 Considering facts don't usually get in the way of right wing talking points, I doubt all of the talk of increasing racial profiling in airports will be put to rest with the arrest of "Jihad Jane." By focusing exclusively on Middle Eastern men aged 18-25, our counter terrorism effort would have missed this blonde, American woman in her 40s named Colleen Renee LaRose.

Ms. LaRose has raised money for Al Qeda and was involved in a plot to kill the Danish cartoonist whose cartoon was deemed offensive my many Muslims. She abandoned that plot because she thought her co-conspirators were not serious enough.

But, with the assistance of the right-wing media, anyone who deviates from the "terrorism must be dealt with an occupying army of hundreds of thousands" and "all Muslims are suspect" mindset is considered "soft on terror." Hence, we get the media constantly blathering on about how talking tough is more important than true strategic thinking with regards to terrorism; and the idiocy of believing that putting troops into Muslim countries somehow helps our efforts. That kind of thinking got us trillions of dollars in the hole with a war against a country that was not a threat, was not involved in 9/11, and had no weapons, while the perpetrators of 9/11 have remained free.

I'm glad the Obama administration is able to get past most of that, and do what is right and not what is politically easy.
Posted by Dave Splash

Well, after all of those terrorists of Middle Eastern descent that have been guilty of war crimes, you now have one person to point to in order to propagate this ridiculous politically correct philosophy and further endanger our national security.

I am sure Eric Holder is already talking with Napolitano to revise our screening processes accordingly.

I'm not saying that Middle Easterners haven't been guilty of terrorism. I am saying that too many on the right have put blinders on and get it in their heads that these terrorists are stupid and stuck in the Middle Ages. They have picked up on the idea that they need people who look more "Western" if they are going to succeed in their evil plans.

Have you ever gone to Israel? I have. I flew El Al, and that airline interviews every single person - adult or child - before they get on the plane. They know that not all terrorists look a certain way or come from a certain place. They have to be prepared for whatever comes their way. The US airlines worry about making customers angry or inconvenienced, so they make them feel good with stupid scanners that do nothing.

I worry that we are getting bogged down and obsessing over the stereotypical look of a terrorist and ignoring their ability to adapt. Racial profiling, to me, seems like a waste.