Did You Know Cancer Is Racist Against White People? 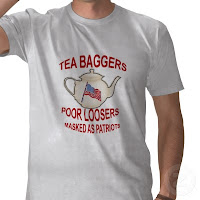 There have been literally thousands of baseless, idiotic claims about President Obama since he first announced he was running in early 2007. No need for a recitation of them here. But a right-wing talker named Doc Thompson may have made the most idiotic claim of all time while filling in for Glenn Beck on his show yesterday. Thompson said that the 10% tax on tanning salons, which is in the new health reform law, is racist against white people.

"For years I’ve suggested that racism was in decline and yeah, there are some, you know, incidents that still happen with regards to racism, but most of the claims I’ve said for years, well, they’re not really real...I say, who uses tanning? Is it dark-skinned people? I don’t think so. I would guess that most tanning sessions are from light-skinned Americans. Why would the President of the United Stats of America — a man who says he understands racism, a man who has been confronted with racism — why would he sign such a racist law?"

A racist law? WTF!? How about the fact that tanning salons give you cancer, and cancer is kind of a bad thing. And if further proof were needed to reasonably conclude that Thompson was full of shit, he then said all of the attacks against Democrats - including the multiple instances of members of the Congressional Black Caucus being spat upon and called nigger - were made up. This, of course, ignores the video evidence. But, we all know wingnuts have a difficult time with facts.
Posted by Dave Splash