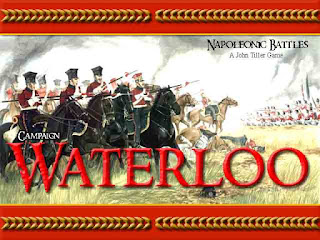 The right wing put all they had on the line to try and maintain the status quo and stop health care reform, and they have failed. Despite all of the lies, name calling, hysterical ranting, racism, and threats of violence from the teabaggers, the President and the Democrats were finally able to pass comprehensive health care reform.

Contrary to the talking points coming from the Republibaggers, this is a major step forward for the American people, and a huge win for the Democrats and President Obama.

Former Bush speechwriter David Frum stated this morning that the passage of this bill is not bad for Democrats, in fact, it is the conservatives' "Waterloo":


"A huge part of the blame for today’s disaster attaches to conservatives and Republicans ourselves. At the beginning of this process we made a strategic decision: unlike, say, Democrats in 2001 when President Bush proposed his first tax cut, we would make no deal with the administration. No negotiations, no compromise, nothing. We were going for all the marbles. This would be Obama’s Waterloo – just as healthcare was Clinton’s in 1994.

This time, when we went for all the marbles, we ended with none.

So today’s defeat for free-market economics and Republican values is a huge win for the conservative entertainment industry. Their listeners and viewers will now be even more enraged, even more frustrated, even more disappointed in everybody except the responsibility-free talkers on television and radio. For them, it’s mission accomplished. For the cause they purport to represent, it’s Waterloo all right: ours. "

Yeah, it's the Republican's Waterloo my ass. I could care less about the damned, and I do mean damned, Democrats. I care about the destruction of our country with this fiscally unsound, Constitutionally-challenged, liberty stealing law.

I assure you, this is not the Republicans Waterloo. On the contrary, it will be the Demcrats sent into political exile for at least a generation because of their unwillingness to listen to the will of the majority of their constituents.

Feel free to keep believing that Limbaugh-inspired drivel. That is your right. But inside the wingnut bubble is not where most Americans reside, and you will no doubt be quite disappointed this November, and in 2012.

Frum is right, you guys refused all compromise, refused to be a part of the debate, and set out on a path to try and destroy the president. You failed.

The majority of the country does support this bill when explained to them without the dishonest, teabagger spin. Running on the bogus notion of repealing health care reform will not get the GOP back to power. Besides, who's gonna sign it?

Oh, I understand that repealing this won't happen until 2012 and then its only a maybe, but the brakes will be applied to the cap & tax, illegal amnesty, card check and any other crap the Democrats want to do, assuming it in not done before the swearing in of the next congress.

You may want to get some depression medicine on order for early November, Dave. You and a lot of liberals that are out of touch with the majority of Americans are going to be shocked.

We'll see. So far, all the same people who predict a GOP sweep in November are the same ones who said health care was dead.

Yes, evil did indeed triumph here. (and I do mean "evil" in the fact that liberty was harmed in the passing of this bill.)

Evil? You have a pretty bizarre definition of the term. I think when someone pays for insurance for 20 years, then gets cancer and is dropped from their insurance so the company is more profitable...that is evil. Priests raping children is evil. Church officials covering for those rapists is evil. Starting a war based on a lie is evil. Illegally wiretapping Americans and denying them their 4th Amendment rights is pretty evil, as well.

But ensuring every American has access to health insurance without fear of having it taken from them if they get sick, that is just not evil under any definition of the word.

I agree with you that insurance companies dropping people because they get sick is evil. THAT needed to be fixed, but not by revamping the whole system that will ultimately lead to a universal government run health care system where quality of care is greatly reduced, patient choice is nullified, and rationing of care is the end result, all achieved through illegal legislative means in direct contrast to the will of the people. THAT is evil.

As for your digs at the Church, I agree with you. Those things are evil and inexcusable.

Taking something from your neighbor when you are capable of providing for yourself, well that is called stealing and it is evil too, Dave.

I have no problem whatsoever helping those that CANNOT help themselves and I have put many hours and dollars of my very own living out this belief to help others such as this.

I have no desire to help those, such as certain members in my own extended family, that are living above their means and spending on luxuries for them and their kids all the while decrying the fact that this evil nation is not providing them health care. That is B.S. and it is narcisistic, selfish, and indeed a lesser evil.

I will work for meaningful health care reform so that it fixes the abuses and lowers costs so that it is more affordable to all. The first step is to repeal this socialistic EVIL plan that was just passed in the House though.

WTF? Care to elaborate? There was absolutely nothing illegal about a straight up-or-down vote on health care in the House and Senate. There was no "deem and pass" (though that, too, is legal since the Republicans used it 135 times without a single whine from the Democrats), and reconciliation is 100% legal as well. Besides, the initial health care vote got a super majority of 60 votes.

You're out on a limb on this one, buddy.

First for the record, using an argument that "they did it first" does not make it legal. Second, the deem and pass was never ever used on such momentous nation-changing legislation. But that is rather a moot point.

I suspect you will see a lot of evidence coming out in the following months of the quid pro quo for the buying of Democratic votes for this bill. (That is called bribery by the way and is illegal.)

The reconcilliation bill is likely doomed to fail, so I am not as concerned about it.

I don't understand though why many on the left champion something that will bankrupt the country, provide poorer quality of health care to everyone (including themselves), and cost you more to boot. Liberalism and logic have only occasionally intersected anyway, but now they seem to be on entirely different planes of existence..

I don't understand though why many on the left champion something that will bankrupt the country, provide poorer quality of health care to everyone (including themselves), and cost you more to boot.

And are you really going to sit there and say that arm twisting and making deals isn't part of every legislative endeavor since the nation's founding?

Really? I doubt you are that naive. But, naturally, when the Republicans do it - no biggie. Tom Delay never threatened anyone to vote a certain way or promised something for support on a bill. Yeah, that's right.

How many times did the GOP keep votes open for hours and hours until they got enough votes for passage? Yeah, no deals made there. Uh huh.

It's not a question of "they did it first." It's a matter of if it was legal when they did it, why the claims it is illegal now when we do it?

But conservatives wanting special treatment is nothing new.