ABC Keeping a Lid on Details about Tonight's LOST 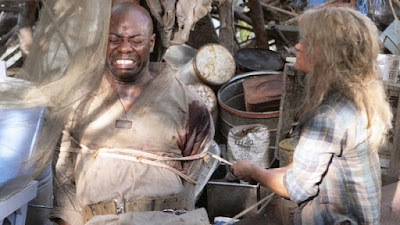 The trailer for tonight's LOST was ridiculously vague, and offers no more than three seconds of new footage. My DVR guide only says this about 'Sundown': "Sayid faces a difficult decision; Claire sends a warning." Yeah...thanks for that.

We already know that, according to the "Others" at the Temple, Sayid is infected with the same thing that they believe Claire to be. We learned last week that Claire's "friend" is the smoke monster (who looks an awful lot like Locke), so it stands to reason that tonight he and Claire will try and get to Sayid. The beginning of an epic battle for control of the island? Could be.
Posted by Dave Splash