Wilco To Be Honorary Citizens of Madison? 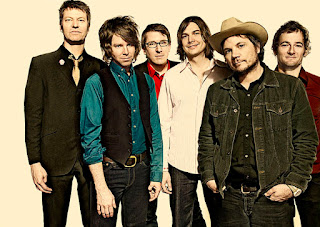 The Mayor of Madison, Wisconsin and an alderman named Satya Rhodes-Conway have drafted a resolution to make the members of rock band Wilco honorary citizens of Madison. No idea how serious the drive for Wilco's citizenship actually is, but considering I lived in Madison for nearly a decade, I have to say that I love the idea. However, Wilco is from Illinois, and the Wisco-Illinois rivalry is very real. We'll have to see how far this actually goes.
Posted by Dave Splash

Email ThisBlogThis!Share to TwitterShare to FacebookShare to Pinterest
Labels: Wilco