Republicans Are LYING About the "Nuclear Option" 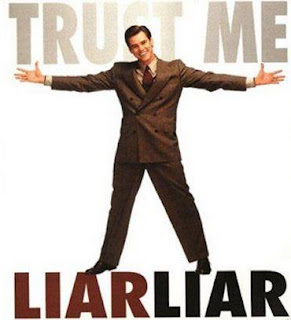 Over the last few days, the Republican party has made a concerted effort to fool you. That's right. It may be hard to believe that such beacons of honesty and integrity like Orrin Hatch and Jim DeMint might knowingly try to deceive you, but they definitely are. The Republican Party is lying about what is known in the Senate as the "Nuclear Option."

The "Nuclear Option" is a phrase coined by the Republican leadership in the Senate in 2005. The "Nuclear Option" refers to the complete elimination of the filibuster for judicial nominees. It was borne out of frustration with the Democrats in the Senate (who were in the minority at the time) who were using the filibuster to hold up the nominations of some of Bush's radical judges. A group of so-called centrists (seven Republicans and seven Democrats) calling themselves the Gang of 14 worked out a compromise to avoid using the "nuclear option."

Fast forward to 2010. Now the Democrats are in the majority. There are currently 290 bills that have passed in the House of Representatives, but are being held up in the Senate due to Republican filibusters.

The Senate procedure known as reconciliation allows the filibuster to be avoided, and have legislation passed with a majority vote (51 Senators) rather than the super majority (60) required to end a filibuster. In the last two Congresses, the Democrats have not used reconciliation at all. Since 1980, the Republicans have used it 16 times, and the Dems have used it six times.

"Nuclear Option" sounds scary, partisan, and unprecedented. Reconciliation sounds somewhat harmless and passive. It's majority rule, for crying out loud. So, the GOP has made the concerted effort to lie to the American people in two ways: 1) to call reconciliation the "nuclear option" and 2) to argue that this procedure is "unprecedented."

The media is lapping this up, and as usual, is repeating the Republican talking points as though it were both newsworthy and true. It is neither. They should know this, and challenge those persons making the false statements. But, that's too difficult, and it is much easier to perpetuate this lie in the interest of being "fair and balanced." Sickening.

Yesterday, I posted some excerpts from an article explaining how reconciliation has been used to pass numerous health care bills. In fact, both parties have done it. Brendan Nyhan, a health care scholar from the University of Michigan has created a chart showing the use of reconciliation for health care since 1980. You can find that here.

Bottom line here is that the Republican Party is engaging in yet another hypocritical and dishonest partisan attack. They were the ones who invented the "nuclear option" and they are the ones who have overwhelmingly used reconciliation. Now, they are conflating the two ideas, claiming it has never been done before, and are getting the media to repeat the lie.

Do not fall for this. Passing health care with 51 votes is called majority rule, and it has nothing to do with nuclear options, and it is not unprecedented. These are the facts.
Posted by Dave Splash