The Republican Party Has Left the Building 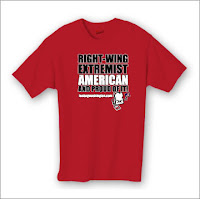 As if further proof were needed to convince the American people that one of the two major political parties - the Republican Party - has slipped off the deep end into the never, never land of the extremist right, the results from the newest Research 2000 poll of registered Republicans provides all the proof anyone would need. The party has moved so far to the fringe right, that Tom Delay appears moderate compared to today's GOP (and Barry Goldwater would be called by socialist by this crowd). Those polled are registered Republicans. Here are some of the shocking results:

Honestly, I am flabbergasted by how far to the extreme right the party has gotten. Sixty-eight percent of Republicans think Obama should be impeached or are not sure?! Forty-two percent either support or are not sure if their state should secede from the United States?! Seventy-six percent either think or are not sure if ACORN "stole" the election in 2008?! Forty-eight percent think Obama might not be a US citizen?! And the most shocking...53% say Sarah Palin is more qualified to be president than President Obama?! An unemployed Facebook blogger who funnels money from her PAC into a scheme to buy her own book so she can get rich from the same idiots who support her?!

I'm sorry, but this is John Birch Society style paranoia and craziness. This is proof that there is only one sane political party left in the US, and it most certainly is not grand.
Posted by Dave Splash

I think 100% of us think the United States should secede from Barak Obama, I think he's a socialist, I don't think he hates white people in general, just ones that don't subscribe to his marxist agenda of wealth redistribution. You know, us "bitter clinger" types. The ones that screamed at liberals and conservatives back in thier districts for all that over-spending and meddling in thier lives and wallets.

Of course that doesn't explain Massachusettes "bitterly clinging" to chowder and the Irish who voted his fucking party out of office two weeks ago and landed Big Ted's seat firmly in GOP hands. You guys lost South Boston- you'd think that would be a wake-up-call. You lost freak'n the New Jersey Governorship too no less.

I'm sure he's an American citizen, and he can't be a muslem... because religion is the "Opiate of the masses." He only went to Rev Wright's church for political purposes and threw it under the bus the first time it stood in his way. Not that I blame him, I'd like to throw Rev Wright under a bus too. I think ACORN has been active in stealing ellections since way back (time for ID check at the polls kids)... but any area where it counted in 2008 they didn't have much influence. I think he ligitimately won... America just regrets it now. Something his plumiting poll numbers clearly show.

In fact, if the Tea Party ran a candidate- if they pulled the GOP vote which is likely they'd win.

Yeah, I read the report written by the Bush DHS and signed off on by Michael Chertoff. If you have any issues with it, I suggest you take it up with them.

I'd say you match up pretty well with what the survey shows about the right. Not sure why you constantly say you're not a Republican then talk about them winning elections as though it reflects well on you.

So, you're voting for the tax cheating, supporter bilking, can't name the founding fathers, unemployed facebook poster for president in 2012?

If you have any issues with it, I suggest you take it up with them.

I plan to on ellection day.

As for me not being a Republican, I guess voting for Bob Barr over John McCain doesn't do it for ya eh? However I'll gladly take socialism lite over Democratic Republic of Obama any day. This agenda has to be stopped at all costs.

Oh yeah, let me let you in on some real TEA party secret squirel stuff. We aren't forming our own party, we're taking over yours. Right now in every competitive state TEA party activists are running for precinct delegate as Democrats and in areas where Republicans dominate we're running there too.

That means whe choose where the money for both parties goes. That way, we can't loose. My mom for example lives in Michigan which is dominated by Democrats. She switched sides and is running as a dem... unopposed too so she's sure to win.

She and many like her are going to choke the money out of both parties and freak'ing kill them both. All politicians who don't come along, don't get campaign funds. Dirty trick? Oh yes. Do we care? Nope.

Right because if you presented your ideas honestly, no one would support them. So, cheating is your only option.

I wouldn't talk, democrats can't even get on board with Obama's socialist agenda.

And if Democracy is cheating, screw it I'm in.

"Right because if you presented your ideas honestly, no one would support them. So, cheating is your only option."

You have got to be kidding me!?! Obama portrayed himself as a post-partisan centrist outsider during his whole campaign. (not that anyone that bothered to look at ANY of the facts actually bought this crap).


The reason Obama is tanking now is because those people that didn't pay attention and didn't like Bush (I am in the not liking Bush camp too by the way.) voted for this eloquent man based on a false image he presented.

Obama is nothing more than a used car salesman and unfortunately, 8000 miles after the purchase of this "Ford Pinto" the damned head gasket is blown. Not sure how the hell we will all get to work for the remaining three years of the annointed one's presidency.

Oh yeah, I forgot. He is for spending tax payer money to subsidize really fast choo choo trains, just like the enlightened Europeans do.

Far far better to have a President Palin in office. She at least accomplished somethings worthwhile in her political career before running for VP.

You've just disqualified yourself from the rational political world by endorsing Palin (who served a year and a half as governor of a state with virtually no people, and accomplished nothing) for president. You're a wingnut, Paine.

I'd endorse a bowling ball over Nanci Peloci, Harry Ried or Barak Obama. It's a pure case of taking the more intelligent. The bowling ball is smarter.

Hence, your belief that Sarah Palin could be president.

I'm pretty sure that I've always argued that Republicans could do better than Palin but don't let that stand in the way of making up things I've supposedly said as you go. I'm simply suggesting that palin is smarter than a bowling ball, which she is. I'm also suggesting that Obama isn't which isn't quite true because he's cearly mastered his teleprompter.

I myself would rather have David Walker over just about anyone but sorry to say I don't think he's running.

Even stating a preference for Palin over Obama in any capacity (other than popping out a "special" child) shows a fundamental lack of seriousness on your part.

And Obama is kinda dumber than a bowling ball. He can definitely see retard from his porch.