Got Those Juices Flowing Early in the Morning 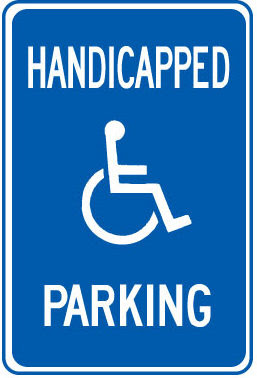 Whoah. I just walked into work after a pretty weird experience at the convenience store a few minutes ago. Every morning before I go into the office, I always stop at a particular Kum & Go which is on my way. I get my coffee (and occasionally a Pop Tart) and head in. But today was different. As I pulled up, I noticed a woman parking her car in one of the handicapped parking spaces in front of the store. She got out of her car and walked in. Didn't seem handicapped to me.

I looked at her license plates, and they were not handicapped. She didn't have one of those visor permits either. This woman chose to park there despite there being a number of other empty spaces. While standing on line to pay for my coffee, the woman came and stood in line behind me. I don't know what came over me, but all of a sudden, I made an announcement to the store. They were witnessing a miracle!

"Look everybody! Just a minute ago, this woman was handicapped. Now she can walk! This is amazing." I continued on like this for another minute. The woman, rather than being embarrassed, got really angry at me, and followed me out of the store. I threw my receipt into the open window of her car. She freakin' lost it!

She began yelling at me and asking what my problem was. I told her that she isn't supposed to park in those spaces because they are reserved for people who actually need them. Her response? "So fucking what. I can park anywhere I damn please."

After another minute or so of mutual yelling and a number of F-bombs being dropped, the store manager came outside and told the woman to leave. He said he didn't want her business and to take off immediately. I smiled at her. She flipped me off. I drove to work.
Posted by Dave Splash