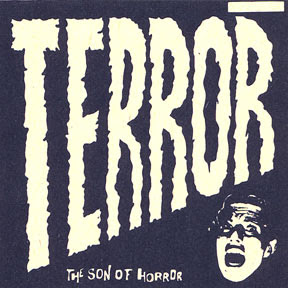 How interesting. According to conservatives, the real problem with President Obama's approach toward counter-terrorism is that he doesn't use the word "terror" enough. Silly me, I thought the adding nearly 50,000 troops in Afghanistan and the increased use of predator drone attacks in Yemen and Pakistan had something to do with it, but I guess not. Radicalized jihadists will not attack the US if the President says, "terror, terror, terror" and clicks his heels three times.

Email ThisBlogThis!Share to TwitterShare to FacebookShare to Pinterest
Labels: terrorism

Actually, the list of things you mentioned are some of the very few things Obama has done right. Now he needs to change his police/criminal mindset and realize that this is a war that the terrorists instigated.

I understand and appreciate aspects of your philosophy about fighting a "tactic", but the bottom line is that it is counter-productive and dangerous for us to not treat this as the war it is.

I heard on the radio this morning about the tens of millions of dollars it is going to cost the city of New York just for security during Kahlid Sheik Mo's propaganda show trial. It is making a mockery of our judicial system to give U.S. Constitutional rights to a non-American who happened to be the mastermind of 9/11.

Call it terrorism or the asinine Obamaism of "man-caused disaster", it still amounts to war.

Far better for Obama to beef up the military and our intelligence services to hopefully prevent attacks accordingly, instead of beefing up our police and justice systems to prosecute these pieces of human scum after an act of terrorism, don't you think, sir?

But when the main argument/suggestion from the other side (as articulated by Rep. Peter King (R-NY)) is: "I think one main thing would be to -- just himself to use the word terrorism more often," I'm not sure the Republican Party can be taken seriously on the subject.

I agree that in and of itself, that is a silly argument.

Yet it is repeated ad nauseum by conservative talking heads on the radio and on Fox News.