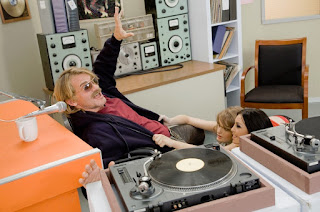 Growing up, I used to LOVE the show WKRP in Cincinnati. It was the story of a wild, underdog rock 'n roll radio station, and the crazy people who worked there. Plus, there were two really hot female co-stars, and which one you preferred said a lot about you. The Jennifer Marlowe (Loni Anderson) vs. Bailey Quarters (Jan Smithers) debate was all-consuming back in the day. For the record, I always chose Bailey.