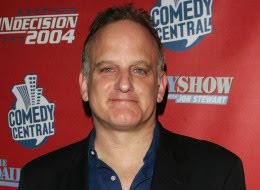 Comedian Ken Ober was the host on MTV's excellent 1980s game show, Remote Control. The show was the first non-music show ever on MTV. While some, like myself, wish MTV would have just stuck with the whole "music on TV" concept, Remote Control was a worthy exception to the general rule. The show was smart and funny, and Ober was the main reason for that. Co-host Kari Wuhrer, of course, provided some excellent eye candy to accompany the show. Mr. Ober died over the weekend of as yet undetermined causes. He was 52.

Ober went on to produce some other television shows including The New Adventures of Old Christine. I'll always remember him from his days on Remote Control. The video here is a clip of a random episode of the show to give a little taste of what it was about.
Posted by Dave Splash