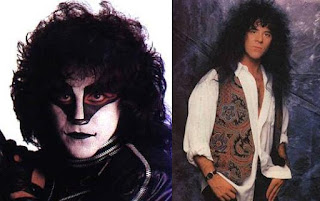 Today is the 18th anniversary of the death of former KISS drummer Eric Carr. He was in the band from 1980 until a few months before his death. 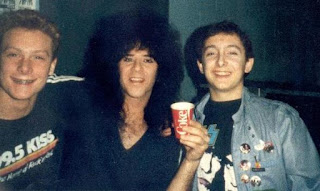 My buddy Matt, Eric Carr, and me 1986.
Eric was a very talented guy who never got proper credit for his contributions to KISS. He was also very generous with his time when it came to fans. I met him a number of times, and he was always exceptionally nice. At the time, Eric's death was overshadowed by the death of Queen front man, Freddie Mercury, who passed the same day. No such overshadowing will occur here. The clip below is one of Eric singing "Young and Wasted" from the 1984 tour. Enjoy.
Posted by Dave Splash