Three (Maybe Four) Big Shows Coming Up in the Next Week

These next five days are going to be a bit on the crazy side for me. There are three must-see shows, and one that is a "probably will" see, but that will depend on how fast I recover from the others. Let's give quick run down: 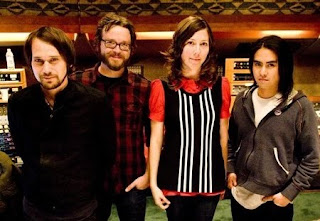 Tonight brings the return of LA's Silversun Pickups to Omaha. Last time, they played at Slowdown, but this time, the band plays in the larger Sokol Auditorium. Opening the show are Manchester Orchestra and Cage The Elephant. As of now, tickets are still available for $25.

Despite the band playing here in Omaha, I think I'll be hitting Des Moines for tomorrow night's show instead. I've never been a fan of Sokol, but regardless, it's cool to see bands in unfamilair places. Saturday's show is at the Hoyt Sherman Place. The line-up and cost are the same. 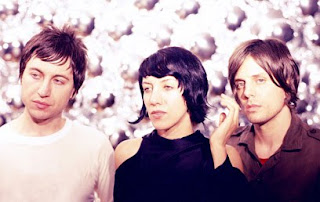 As much as I love Silversun, frankly, I am way more excited to see Autolux on Sunday night at The Waiting Room. I've only seen this band one time, about five years ago. They were touring in support of their debut (and still only) album, Future Perfect. After five years of only having one record, I am not even remotely sick of it. It's easily one of the best albums of the last decade. It's that good. If you live in Omaha, I command that you go to this show. I even pre-taped my radio show so I could be there. 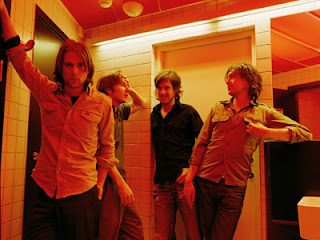 The one show that I might have to miss (depending on my condition after Sunday night) is Monday's Phoenix show. I'd like to go. The band's new album, Wolfgang Amadeus Phoenix, is really good, catchy, fun indie pop. But I'm willing to miss it if I am not sufficiently rested. The show is already sold out, so if you don't have a ticket, you're SOL. 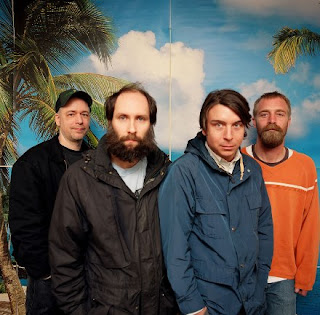 Last, but certainly not least, is Wednesday's Built To Spill show at Slowdown. I've seen BTS about a dozen times, but I always make it a point to see them every time they tour. It is hard to describe how great this band can be in concert. Last time I saw them, in 2007, it was one of the best shows of theirs I've ever seen. Tickets for the show on the 23rd are still available for $20.
Posted by Dave Splash

Yeah, I've heard a couple cuts off the Phoenix cd I liked a lot.

I guess Built To Spill can be an acquired taste, but I acquired it a long time ago. They are one of my Top 10 faves at this point.

Last night's Autolux show was so brilliant! I love that band. If you like any kind of shoegaze bands, then you'd probably like Autolux. There are other elements to the sound, but that is a good starting point.