The role of Brandi Brandt, a Playmate of the Month in 1987 and former wife of Motley Crue bassist Nikki Sixx, in the drug syndicate has been detailed in Australian Federal Police court documents, the Daily Telegraph reports.

Cleveland and Brandt were captured on CCTV footage at the Swiss Grand Hotel in Bondi after the model arrived on the same United Airlines flight in which $1.6 million of cocaine was allegedly found hidden in a toilet rubbish bin.

It is alleged the role of Brandt, 43, and her former surfer partner Rusty Setser, was to make sure the cocaine was hidden on flights from Los Angeles.

Certain staff members of the Gate Gourmet catering company, including Cleveland's step father, were allegedly made aware of the hiding places.

Brandt and Setser have not been arrested over the allegations.

"Wayne Cleveland has been identified as the Australian principal of the syndicate," the Daily Telegraph reported the statement of facts tendered to Sydney's Central Local Court on Monday as saying.

"Cleveland is closely associated with the Bra Boys, a well known surf-crime group based in the Eastern Suburbs of Sydney."

Cleveland, 38, has been charged with conspiring to import cocaine. He appeared at the Central Local Court on Monday and his case has been adjourned until November 11. 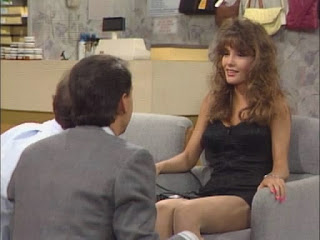