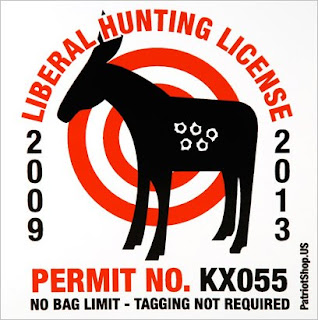 The FBI is investigating the hanging death of a U.S. Census worker near a Kentucky cemetery, and a law enforcement official told The Associated Press the word 'fed" was scrawled on the dead man's chest.

The body of Bill Sparkman, a 51-year-old part-time Census field worker and occasional teacher, was found Sept. 12 in a remote patch of the Daniel Boone National Forest in rural southeast Kentucky. The Census has suspended door-to-door interviews in rural Clay County, where the body was found, pending the outcome of the investigation.

Investigators are still trying to determine whether the death was a killing or a suicide, and if a killing, whether the motive was related to his government job or to anti-government sentiment.

Investigators have said little about the case. The law enforcement official, who was not authorized to discuss the case and requested anonymity, said Wednesday the man was found hanging from a tree and the word "fed" was written on the dead man's chest. The official did not say what type of instrument was used to write the word.

Beyer declined to confirm or discuss any details about the crime scene.

Lucindia Scurry-Johnson, assistant director of the Census Bureau's southern office in Charlotte, N.C., said law enforcement officers have told the agency the matter is "an apparent homicide" but nothing else.

Census employees were told Sparkman's truck was found nearby, and a computer he was using for work was found inside it, she said. He worked part-time for the Census, usually conducting interviews once or twice a month.

Sparkman has worked for the Census since 2003, spanning five counties in the surrounding area. Much of his recent work had been in Clay County, officials said.

Door-to-door operations have been suspended in Clay County pending a resolution of the investigation, Scurry-Johnson said.

The U.S. Census Bureau is overseen by the Commerce Department.

"We are deeply saddened by the loss of our co-worker," Commerce Secretary Gary Locke said in a statement. "Our thoughts and prayers are with William Sparkman's son, other family and friends."

Locke called him "a shining example of the hardworking men and women employed by the Census Bureau."
--------------------------
I don't care about your personal politics, but if you are reading this, and don't see a correlation between right wing extremist speech and violence in this case, then you are in denial. This is shocking, and very scary. And remember, Michelle Bachmann (R-MN) and Glenn Beck both warned the right wing nutbags that the census was being used in a nefarious way to harm conservatives or take their guns or some other stupid, bogus claim. This needs to stop.
--------------------------------
From Andrew Sullivan: From this profile of the cancer survivor and volunteer, it appears suicide is unlikely. We'll find out. But at some point, unhinged hostility to the federal government, whipped up by the Becks, can become violence. That's what Pelosi was worried about.
Posted by Dave Splash

Just sickening that people are dragging this country down to that a third world nation, with thuggery and anti-government kneejerking reactions.

I hope they find his killer(s) and punish them to the fullest extent possible.

The right won't be happy until we have another civil war. That appears to be what they want. They whine about their rights being taken away, yet that seems to coincide with them losing elections. Apparently, to a right winger, democracy only works if their candidate wins. Otherwise, it's fascism or communism or socialism or Nazi-ism or whatever they are calling it today.