Just About the Lowest, Sleaziest Thing an Insurance Company Could Do 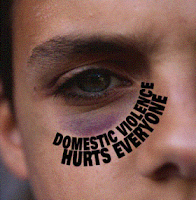 Insurance Companies Use Domestic Violence as a Pre-Existing Condition

Insurance companies have used the excuse of "pre-existing conditions" to deny coverage to countless Americans. From cancer patients to the elderly suffering from arthritis, these organizations have padded their profit margins by limiting coverage to patients deemed "high risk" because of their medical condition.

Words cannot describe the sheer inhumanity of this claim. It serves as yet further proof that our insurance system is broken, destroyed by the profit-mongering of the very companies whose sole purpose should be to provide Americans with access to care when they need it most. In 1994, an informal survey conducted by the Subcommittee on Crime and Criminal Justice of the United States Senate Judiciary Committee revealed that 8 of the 16 largest insurers in the country used domestic violence as a factor when deciding whether to extend coverage and how much to charge if coverage was extended.
------------------------------------

This is so low, I didn't even think the sleazebags that run the health insurance companies could be this shitty. I am shocked. Literally.
Posted by Dave Splash

I've got to agree with you on this one, Splash. That truly is despicable.

Well, at least we can agree on that.

I agree with you both.

That is reprehensible, and demonstrates a huge part of what needs reform: that large part of the insurance industry that is built around denying coverage.