The Face of Right Wing Fascism 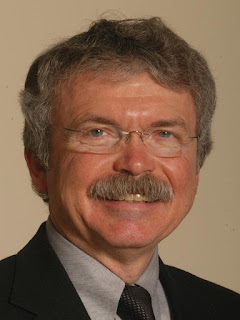 (Milwaukee Journal Sentinel) When President Barack Obama makes a speech Tuesday to America's schoolchildren that will be carried live on television and the Internet, students in at least one Wisconsin school district won't be allowed to see it - at least, not if they're where they're supposed to be.

Elmbrook School District Superintendent Matt Gibson told parents Thursday that schools in his district would not show the president's speech live on Tuesday, although he encouraged families to watch it at home and provided a link where it would be archived.

The district's decision comes after a barrage of criticism from conservatives who, in some instances, contend Obama is trying to indoctrinate the nation's youth with the 15- to 20-minute speech.

In its announcement of the speech, the U.S. Department of Education said Obama "will speak directly to the nation's children and youth about persisting and succeeding in school. The president will challenge students to work hard, set educational goals and take responsibility for their learning."

The White House plans to release the speech online Monday so parents can read it. The live broadcast is at 11 a.m. on the cable channel C-SPAN.

Milwaukee Public Schools is leaving it up to individual schools and teachers to decide whether to tune in for the speech.

"As always, these things are voluntary as far as what an instructor believes fits with the curriculum," district spokeswoman Roseann St. Aubin said.

She added, "This is a sitting president, and this is a district, too, that needs all help, all manner of assistance in encouraging kids to stay in school.  To have a strong male figure, and I might add an African-American figure, many people in our district see that as an important thing for this majority-minority district."

Of particular concern among critics, however, were suggestions of classroom activities that could be done in conjunction with the address. One activity - since withdrawn - had students write what they could do to "help the president."

At Elmbrook, Gibson said he heard from a number of people in his conservative Waukesha County district, some with partisan and some with instructional concerns, about the upcoming speech.

"The majority of people who called in on it, pretty much the essence of their message was, if we show it en masse Tuesday, they would keep their student at home," he said.

In his message to parents, Gibson said the district made the decision "to honor class time throughout the district."

In addition, he said the decision was made "because we have no opportunity for prior review to determine if it relates to curriculum, is appropriate for all age levels and is nonpartisan regardless of the political party in office."

The address will be archived, however, and Gibson said individual teachers could show it in class at a later date. Parents could opt their child out of such lessons.

"I think it's a good idea," Gibson said of the president's speech. "But I wasn't certain it was a good idea for every classroom throughout the School District during class time."

Other districts in the state also have weighed how to handle the president's live address.

The Green Bay School District announced on its Web site that it would allow Obama's address to be played live in classrooms but that technical issues make it hard for that to occur everywhere. Instead, it said, it is asking teachers to use an archived version in their classrooms if they choose.

"The district is allowing access to the speech in respect for the office of the president," Green Bay Superintendent Greg Maass said in the Web announcement. "The president's message of personal responsibility and students' taking control over their own future is an important back-to-school message."

Madison schools will allow students to leave their classes without penalty if they don't want to watch it.
---------------------------------
If you cave in to the right wing fascism of this idiotic boycott of a presidential speech on personal responsibility, you are just as guilty as the ones doing the pressuring.
Posted by Dave Splash

The president will be preaching to kids some of the very things the "family values" crowd espouses, and they won't allow their kids to view the presentation because they want him to be brought down, at just about whatever it takes.

Shame on Gibson for not having enough of a spine to stand up to the hardcores in his constituency.

I don't care one way or the other about the Obama speech. Frankly, if it is as advertised, and he simply wants to encourage kids to take education serioulsy then that is just fine by me and more power to him.

I have to wonder though, if George W. had wanted to do the exact same thing, wouldn't the militant left have had the exact same hyperbolic reaction too? :)

Actually, Paine, the "militant left" would not have reacted in such an insane way as the unhinged right is here. The right's reaction toward all things Obama is completely irrational and unprecedented. Lefties such as myself gave Bush the benefit of the doubt and tried to be supportive until he proved to be a liar and completely incompetent.

Strange, though, the right goes into paranoid whackjob mode over a speech about staying school and studying hard, yet felt nothing about being lied to about WMD in Iraq. I think the right's priorities are thoroughly out of whack.

When I was a kid and Reagan was president, my parents (who, like me, hated Reagan) would never have removed me from school if he was going to be speaking. It's the total intolerance that the right has for any view other than its own, that is a big culprit here.

Mr. Splash, you said that you and other lefties, "gave Bush the benefit of the doubt and tried to be supportive until he proved to be a liar and completely incompetent."

I would submit that President Obama has completely met those two criteria many times over after only eight months in office, sir.

Again, my youngest daughter is a senior this year and is supposed to watch his speech in class this week. I have no problem with her hearing what Obama has to say, even if this were a purely partisan political speech.

He is our president and therefore what he says matters, even if he is often dishonest or speaks in inane platitudes. I trust my daughter to listen to him, regardless of the setting, and to evaluate critically what Obama or any politician says.

I have taught her US history and civics, since these courses were abrogated by the schools, so that she has some perspective and context in which to base politicians' comments.

I would submit to you that, unlike yourself as claimed, most lefties would have done the same thing as many on the right are doing by pulling their kids from class though.

I have to agree with Dave here. This latest distraction Glenn Beck and Michelle Malkin and their buddies are cooking up is batshit insane.

Had my kids been school-age at the time of the last presidential presentation to schoolchildren, I would have required them to listen to what Bush, Sr. had to say. When it comes down to it, most presidents are not going to say anything but stuff like what is in Obama's presentation. I would not have deprived my kids of the opportunity to hear Bush Sr. speak and to decide what they thought about it. I would have asked them questions about it afterward, such as "What do you think he meant when he talked about _____?" I have probably (and mostly-unintentionally) guided them leftwise all these years, but I have always tried my best to teach them what the other side thinks too, and in an objective manner.

I'm proud to have raised a couple of young people who are compassionate, people-oriented, and view things like health care and education as fundamental rights, not privileges. When I explain to them what conservatives believe, why they believe what they believe, and what the reasoning is behind it, their response has always been one of disbelief: "How can someone really think that way?" I never told them to think that; they each lived with Mrs. Snave and me for 18 years, but they discovered to not believe conservative politicians more or less on their own through asking questions, being curious, and making observations.

I have always preached involvement, whether they agree wtih my opinions or not. And they have always looked for answers.

I grew up in a household with a very conservative dad. Mom was always a middle-of-the-road person politically, but never liked to talk about it around Dad. I always just kind of went along with whatever Dad said, but actually became a mid-left guy at about age 11 when I saw RFK speak and then became interested in MLK; when they were both assasinated, I was devastated. I have been that way since... a true "lefty for life".

Dad was mostly conservative because of his support for gun rights, but as time went on he started buying into all the other sidetrips the GOP attached to some of the basic party principles. Since he has been gone the last few years, Mom has come down decidedly on the side of the left. As for my own kids, I had always hoped they would become lefties. They were lefties when they left home. They haven't lived at home around Mrs. Snave and me for a couple of years now, but they show no signs of moving rightward politically. So apparently we did a good job.

I submit to you Paine that we all make our own kids in our own images, intentionally or unintentionally, whether we like to admit it or not. Apples usually don't fall far from trees.

How can kids learn to question, how can they be curious, how can they LEARN about what other people think or believe when they are protected like so many conservative parents seem to want to protect their kids from the president's presentation? The answer is... they can't learn to question, they become incurious, they can't learn about what or how other people think or believe.

But maybe that way, it's easier for some folks to keep their kids away from the fruits of the tree of knowledge or whatever... it's easier to keep them from "straying". Heh! Don't want to go putting any bad ideas in their heads now, do we! 8-)>

If they don't want their kids exposed to Obama, just should just shut up and keep them home from school.