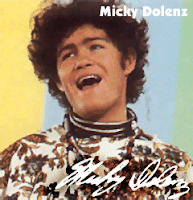 NEW YORK — The wife of Monkees vocalist Micky Dolenz was arrested Friday on charges that she defrauded an affordable housing program in New York City.

Authorities in the city's Department of Investigation said Donna Quinter, 54, illegally received $136,866 in government rental subsidies for an apartment on Manhattan's Upper East Side.

The subsidies were supposed to go to middle-income families living in the city year-round who were in danger of being forced out by gentrification.

Investigators say Quinter failed to disclose that she was sharing the apartment with a friend who paid rent. The home also wasn't her only residence. Since marrying Dolenz in 2002, the former flight attendant has lived with her husband in Bell Canyon, Calif., an exclusive gated community outside Los Angeles.

Quinter surrendered to authorities in New York on Friday morning. She was expected to be arraigned later on larceny charges in a Manhattan court.

New York City has a number of programs designed to allow middle class families to pay reduced rents in homes they have occupied for a long period of time.

Fraud, however, is common. In some cases, people hold on to their apartments even after they have moved out of the city, either using them as vacation homes or secretly renting them out.

The Department of Investigation, a city law enforcement agency that probes fraud and other abuses in government programs and agencies, discovered Quinter's eligibility problems after it began examining who was getting subsidies in her building in 2008.

Dolenz isn't accused of any wrongdoing.