Neko Case at Slowdown This Saturday! 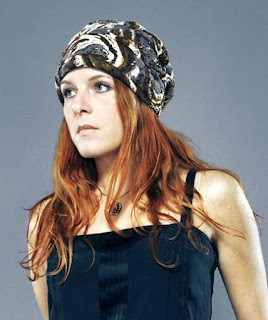 In case I forget to mention it later, make sure to hit The Slowdown this Saturday night for the return of Neko Case. Neko has been to Nebraska many times, and she has a lot of fans, but as of now, there are still tickets available. Opening the show is someone named Imaad Wasif. I don't know much about him other than he records for Kill Rock Stars, and toured in 2006 as the second guitarist for Yeah Yeah Yeahs.

I'm going to be there for sure. I was a touch disappointed with her last show, but I think that had a lot to do with the fact she was playing a lot of songs that had yet to be released. Those songs now make up her excellent new album, Middle Cyclone. See you there.
Posted by Dave Splash