When Bigtory Is Disguised as Freedom of "Conscience" 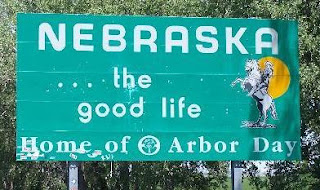 When will these wingnuts just admit that they are haters?! The hatred of homosexuals by the religious right is unrelenting, despite public opinion being soundly against them. So now the gay-bashers have decided on a new marketing strategy for their bigotry: the "conscience rule".

Here's how it is being proposed in Nebraska: if you are licensed psychologist in the state, but hate gays, you can refuse to treat or to refer gay patients. This would apply to counselors, social workers, and marriage and family therapists. So, despite being trained to help people in trying, personal situations, therapists are being encouraged to kick all gays to the curb.

The Nebraska Roman Catholic Conference are the main culprits behind the new proposal, masking its bigotry by claiming, "psychologists should have the right to refuse their services if a potential patient's lifestyle violates the psychologist's personal religious and moral beliefs." Without the mandatory discrimination, the NRCC claims it will have to stop offering free counseling to those in need, or stop hiring licensed counselors.

Under this line of thinking, would it be okay for an EMT worker to refuse to treat, say, a car crash victim if they find out the victim is gay? Or an atheist? Or a Democrat? Where does this logic end? And why is it necessary when the national ethical standards for psychologists already state that "any licensed psychologist is required to refer a patient to another a provider if the provider feels that he/she will have to compromise values in order to treat the patient." How is referring a patient to another doctor a violation of someone's religious beliefs?
Posted by Dave Splash