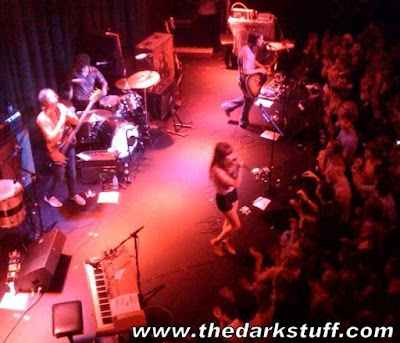 As anticipated,I did end up hitting the Jenny Lewis show last night at Slowdown. I rolled up around 10:30, so I missed both openers (a 2nd opener was added at the last minute), and proceeded to my usual spot in the balcony. Jenny hit the stage solo at 11, and opened the show with Rilo Kiley's "Silver Lining" (from the Under The Blacklight album, which I now like, btw, and she told the crowd that she wrote the song in Omaha - cool!). Her band joined her after that, and they proceeded to tear through songs from her two solo albums. 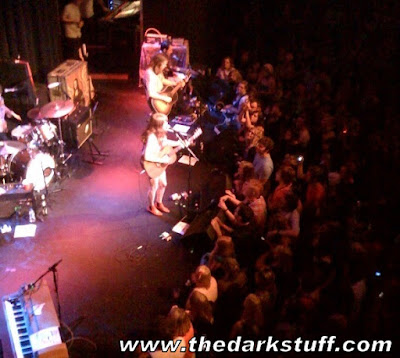 Jenny was at the top of her game last night. She looked and sounded great, and her band was probably the best she's ever played with. Early in the set, she and the band played "Carpetbaggers" from her newest record, Acid Tongue. Those familiar with the song know that it is a duet between Lewis and Elvis Costello. Was Elvis going to magically appear to do his part? No, of course not. This is Omaha. Her guitar player handled Elvis' part. It was still good, despite the missing Mr. Costello.

The very young, very enthusiastic, and very female crowd loved every minute of the show, and Jenny seemed to be glowing from all of the love. I bailed just before the encores to beat the crowd.

I was unable to fall asleep for a long time afterward, so suffice to say, I am felling like shit today. Pray for me.
Posted by Dave Splash