The "It Was My Twin" Defense Strikes Again! 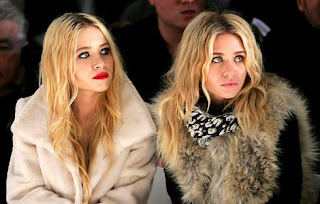 \KUALA LUMPUR (AFP) — A pair of identical twins escaped being convicted and hanged on drugs charges in Malaysia, due to confusion over which one of them was the culprit, reports said on Saturday.

The 27-year-old twins, R. Sathis Raj and Sabarish Raj, had been charged with trafficking 166 kilos of cannabis and 1.7 kilos of raw opium in 2003. But police had trouble identifying which one was in possession of the drugs.

"This is a very unique case as they are identical twins. Even the DNA evidence could not prove anything as the DNA could be either Sathis' or Sabarish's," said High Court judge Zaharah Ibrahim.

"I can't be calling the wrong twin to enter his defence. I can't be sending the wrong person to the gallows," she said according to the New Straits Times as she acquitted the pair.

The court heard that one of the twins was caught taking a car load of drugs to a house in suburban Kuala Lumpur. After he was apprehended the other twin arrived at the house and was also arrested.

"It is clear that the first twin who was caught was the only one who had access to the house. Therefore, it is impossible for him not to know what was inside the bags," the judge said according to the daily.

However, she said there was reasonable doubt as to which twin had been arrested first. The brothers cried and embraced family members in the court room when the verdict was handed down.
Posted by Dave Splash

But the photo... the PHOTO! AUGGGGHHHHH!