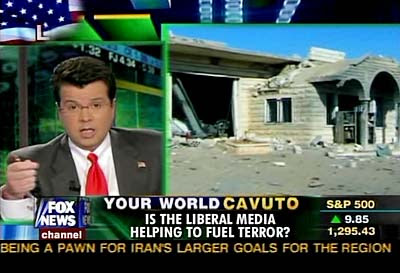 A new study done by Indiana University (not Berkley or UW Madison or some "liberal" school) has found that since 1992, the media has favored Republicans in its coverage of presidential elections. This study is obviously accurate. The "liberal media" canard is one of the most pervasive in today's politics, and has forced the media to push for "balance" over truth and accuracy.

Finally, the media are beginning (however slightly) to see through this and begin to have better coverage. MSNBC is the standard bearer for the new media. It's the only channel I watch these days. Still, MSNBC along with CNN, Fox, and the networks continue to use Republican talking points when referring to topics like terrorism, economics, religion, and immigration/culture. Hopefully, this will change over the next few years. I am anticipating a ratings drop off from Fox News (fingers crossed) and a move by the networks away from screaming talking heads and more towards actual experts.
Posted by Dave Splash

Email ThisBlogThis!Share to TwitterShare to FacebookShare to Pinterest
Labels: Media