Faith No More Reuniting For a Summer Tour 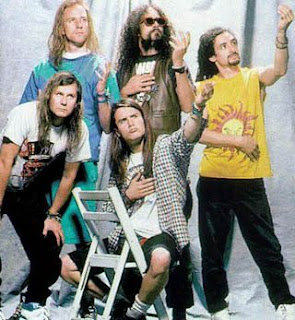 Seminal late 80s/early 90s hard rock band Faith No More will be reuniting for a Summer 2009 tour. As of now, the tour is limited to Europe. Original guitarist, Jim Martin, is not expected to join the tour (he left the band in 1993).

Faith No More is one of those bands to have proven highly influential after its break-up, and this reunion is highly anticipated. But with no plans for a US tour, and Martin not re-joining, this sounds like a quick payday for some cash-strapped 90s rockers. Too bad.

UPDATE: Bassist Billy Gould has issued an official statement on the reunion.
Posted by Dave Splash