Darker My Love TONIGHT at Slowdown 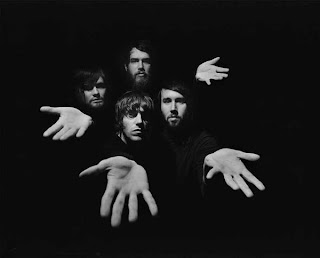 One of my favorite new bands from this year, Darker My Love, will be performing tonight at The Slowdown. The LA band's sound is a little bit shoegaze, a little bit Britpop, and a hint of 80s alternative music. The combination works for me. I've probably played their song, "Two Ways Out" about 30 times on my radio show. DML's new album, 2, was released by Dangerbird Records who also put out the Silversun Pickups album a few years ago.

Opening the show are Eulogies (also on Dangerbird) andThe Strange Boys. Tickets are a mere $8. Here is the video for "Two Ways Out" by Darker My Love: