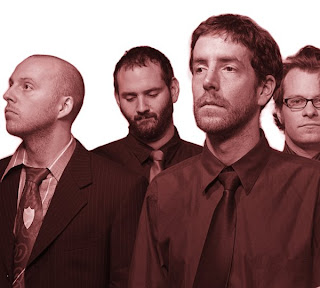 Portland indie rockers System and Station will be performing in Omaha tonight over at The Waiting Room. The band is touring in support of its newest album, A Nation of Actors. In the interest of full disclosure, I will tell you that I have something of a personal connection to this band. Back in the 90s, when I owned an independent record label, I released the debut EP from these guys called Prospects of Living Daily. Things didn't exactly go well for the record, and the label folded shortly after its release. I haven't seen the band in over seven years, and in fact, only one member of the band from that time is still there. I played a couple of cuts from the new record on my show last week, and they were great. I can't wait to see them, and hope there is no residual tension.

Opening the show are two locals: fromanhole and Race For Titles. Tickets are $7 at the door. See you there.
Posted by Dave Splash