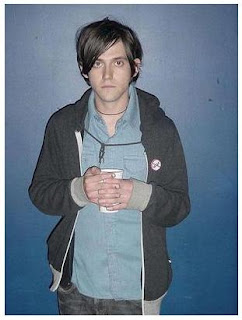 Both the new solo album from Bright Eyes front man, Conor Oberst, and the newest album from The Faint were released yesterday. They are notable for a number of reasons, but primarily, because neither was released by those artists' long time label, Saddle Creek Records.

Oberst (recording under his own name for the first time since he was a teenager) chose indie stalwart Merge Records (home of Arcade Fire and Spoon), while The Faint decided to start their own label, Blank.wav.

Based on the amount of pre-release publicity, it would seem that Oberst made the smarter decision. There are reviews of his new album all over the place, while there is barely a mention of the new Faint release. In addition, Conor will be performing tonight on The Tonight Show with Jay Leno.

It remains to be seen if leaving Saddle Creek (even temporarily) was a good move for both artists.
Posted by Dave Splash