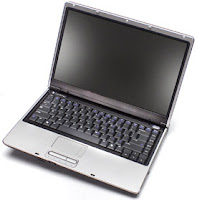 I know my posts have been somewhat intermittent lately, but I have a good reason...my laptop died. For some reason, I only like blogging from work or on my laptop at home. I don't know why. Regardless, the thing died and I had to completely reformat it, so I lost all of the data on the computer. I knew this was coming, so I got most of the relevant stuff off a while ago. Still, it's always the little things that you forget about.

Fortunately, this week was a short one for me as I took Monday off to recover from Sunday night's WEEN show. The show was excellent, by the way; but not as good as the night before in St. Paul, according to some friends of mine. They played "Homo Rainbow" which is the song I most wanted to hear, so I was happy. According to someone on WEEN's crew, the band was still a little hungover from Saturday, so they didn't play as long on Sunday night.

I completely forgot about the Apples In Stereo show on Wednesday at Waiting Room. I was planning to go, but remembered about it Thursday morning. Oh well, they'll be back. Unfortunately, there really isn't too much I want to see until August 1 when The Life and Times returns (this time opening for Little Brazil) to play at Slowdown. They were incredible when they opened for Swervedriver a few months ago.

Fortunately, I was able to work from home yesterday so I caught Barack Obama's speech in Berlin. I wanted to see it live, unedited, and without the media's pro-McCain, biased commentary. If I have to hear one more "reporter" ask questions that come straight from the RNC or the McCain campaign, I might scream. Why won't Obama admit the surge is a success? Why does Obama go to Europe and the Middle East when there are so many pressing issues at home? Why is Barack Obama not up in the polls by even more? Is it a sign of weakness? 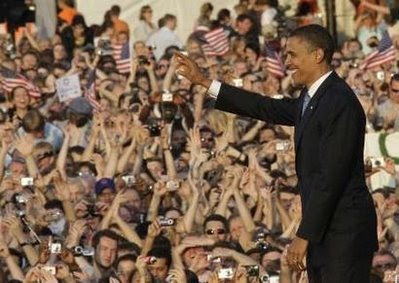 Let me clear up those lingering questions that the MSM feels must be answered over and over (like Katie Couric who asked biased questions about the surge seven times in a row).

#1 - The "surge" is not a success. Violence is down, sure, but more troops on the ground will almost always lead to some decrease in violence. This is why so many Democrats criticized the Bush Administration's "light footprint" strategy in the first place! Remember how much criticism General Shinseki got from Republicans when he said the US needed in excess of 250,000 soldiers to pacify the entire country. Seems as though he's been vindicated. Regardless, it sure seems that with an upcoming election in the US, and the possibility of an American withdrawal becoming more and more realistic, the Iraqis are finally doing for themselves what the Bushies' open-ended occupation strategy was unable to do. This is not from the "surge" it is from the reality check that the al-Maliki government got once they realized the US would not be there forever. And if we are going to re-litigate the past, let's talk about who had the better overall judgment. You know, the fact that Obama was against the idea of invading Iraq in the first place. He knew that the case being made by the Bush Administration was bogus, that Iraq posed no threat and had nothing to do with Al Qeda. John McCain, on the other hand, was a vigorous and vocal supporter of the "abandon Afghanistan/invade Iraq" strategy that has been such an overall disaster. If Obama is being consistently harassed about one aspect of the war - the surge - why not press McCain with equal tenacity about his many years of talking up all the "success" in Iraq, pre-surge, his vote for the war, and his echoing of Bush-Cheney talking points for years.

#2 - The McCain campaign and its surrogates in the media goaded Obama into making his international trip by insisting that without actually going to Iraq, one cannot actually understand the situation "on the ground." This, of course, ignores the fact that George W. Bush has only spent about 45 minutes in Iraq, and conservatives implicitly trust his judgment on the situation, despite his lengthy record of being 100% wrong on the subject. Oh yeah, and can someone please explain to me why it is a bad thing for US allies to like the American president? It seems to me that conservatives view thousands of Europeans cheering and waving American flags as a terrible development, rather than as a sign of progress. Why is being hated around the world some sort of badge of honor? Let's face it, if John W. McCain could draw more than 50 people from the local convalescent home to see him speak, the right would not be attacking cheering crowds.

#3 - Barack Obama is up in every single reputable national poll by anywhere from 4-10%. The last two presidential elections were decided within two points. The real question should be, "Why is John McCain (a nationally known politician who has run for president before) not ahead in every poll?" He is the known quantity who is essentially an incumbent. He has more name recognition, and has been in the media for more than two decades. He should be somewhere in the area of 20 points ahead. The fact that he is behind is the truly shocking detail.

#4 - The fact that the younger and less known candidate (Obama) is ahead at all is a serious sign of strength for his campaign. The weakness is McCain's. Let's be realistic.

Ugh....enough politics for a bit.

You may have heard that Brett Favre has decided that he wasn't quite ready for retirement after all. However, his team, The Packers, would prefer he stayed retired. They don't want to make him a free agent and run the risk that he will wind up with arch-rivals, Chicago or Minnesota. So, the Packers' options are: keep him and play him, keep him and bench him, or trade him. According to media reports, both the New York Jets and the Tampa Bay Bucs have received permission to "talk" to Favre. I'm pulling for the Bucs. After Green Bay, they are my favorite NFL team, so I'd love to see him live out the rest of his career down in Tampa. I totally understand The Packers' desire to move on, and think Favre is being a little ridiculous. Still, he might have a few good years left in him, and might be right for a team like Tampa Bay who have no real prospects for a future quarterback, and need a strong veteran for a little while.

I saw Ween play last year and the last song of the encore was "Homo Rainbow." Everybody (including myself)headed to the exits when they started playing that song.