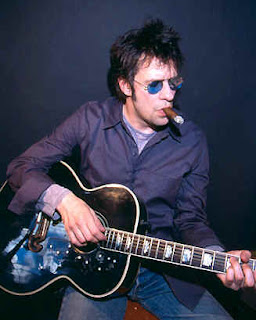 Former Replacements front man Paul Westerberg is embracing the internet age by releasing a new album's worth of material as one long mp3 for a mere 49 cents. The collection of songs, demos, and covers when strung together is about 45 minutes long, and goes with Westerberg's concept of charging about a "penny a minute."

The new "album" is called 49, and is only available from Amazon and Tunecore. According to Paul's manager, they were the only services that would agree to the pricing that Paul wanted.

This could be the beginning of a series of online releases from Westerberg, as the freedom to release whatever, whenever is appealing to him. "He finished it on Monday, sent it to me on Tuesday and it was out this weekend," Paul's manager said.

I picked it up and am just starting to delve into it. Sounds good so far, and for 49 cents, who really gives a shit.
Posted by Dave Splash