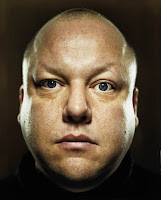 Man, it has been a while since I last posted. Yeah...sorry about that. I've been keeping busy, but just didn't feel like posting on it. So, while I have a few spare minutes, I figured I'd get caught up. It was a little light for shows the last couple of weeks, but I did manage to catch the Black Francis (Frank Black) show at Slowdown last Thursday night. He was great, but in typical BF fashion he ignored most of his prior work and focused exclusively on his two newest releases. Those are great, but would it have killed him to do a few Frank Black classics? I knew he wouldn't play Pixies songs, but come on...

Beyond that, I am looking forward to seeing Film School on Monday the 14th at Slowdown. Mondays are really tough for me due to being out so late on Sunday night for my show, but I'll just have to down a Red Bull or two to keep going. I can rest up the remainder of the week as there are no shows I want to see until the WEEN show on the 20th (tickets). One of my good friends is coming in town for the show, so it should be an especially good time.

With all of the downtime from seeing bands (I did stop by the Maria Taylor show for a spell, but just to say hi to some people), I've been seeing lots of movies. Unfortunately, not too many good ones. I finally saw Napoleon Dynamite - hated it. Total waste of film. Oceans 13 - better than 12, but not as good as 11. Super High Me - I thought this would have been funnier than it was. If I were Roger Ebert, I'd give it a thumbs down. What I have been enjoying is Trailer Park Boys. It's a Canadian mock-u-mentary that follows the lives of two lowlifes living in a rundown trailer park. At first, I didn't "get it," but after a while, I started to see the genius in it. I'm still early in the series. I did spot a 10 year old Ellen Page as one of the little trailer park rugrats running around, and that was pretty funny. Didn't know she did anything else besides Juno.

I really wish I had more to report, but I really don't. Lots of great new music is coming out. I heard the new singles from The Verve (typical Brit-pop, nothing special), Dandy Warhols (decent tune), Conor Oberst (good song, still sounds like Bright Eyes to me) and The Faint (awesome!). You can listen to that Faint song here (see the nifty little player below), and the Conor song can be streamed at his website: ConorOberst.com. Interesting that neither of the Omaha rockstars are releasing their new records on Saddle Creek. Hmmm....

So, that's about it for now. I'll post more when I have more. See ya.
Posted by Dave Splash