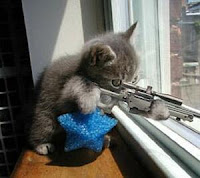 Once again, it looks like I'm staring down the barrel of a pretty dull weekend. Not too much on the show front (Broken Spindles - a side project of a member of The Faint plays at Waiting Room on Saturday), so I'm not sure I'll be seeing any rock. Willie Nelson is over at one of the Iowa casinos tonight (and I love Willie), but I doubt I will be hitting that show.

Next week, however, looks pretty promising. Monday night at Waiting Room is a new indie band from LA called Calamity Magnet. I've never heard their stuff, but one of the members (Sara Radle) is also in The Rentals (see my podcast #16) so it could be good. Tuesday night is Maria Taylor (also at Waiting Room), and then Thursday is Black Francis (aka Frank Black aka the guy from the Pixies!) at Slowdown. A three day Independence Day weekend then follows. Nice.

Let's see...what else. Well, did you see the feature on Omaha in this month's SPIN magazine? I haven't purchased a SPIN in over a decade (unless I was at the airport and had nothing to read), but the digital version can be found here. The article is on page 118.

Sadly, that is about it.
Posted by Dave Splash