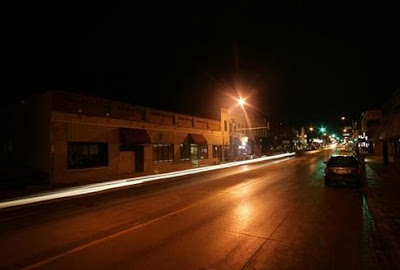 Currently the Omaha City Council is floating a bill that will designate bars that primarily host live music as a new status of bar called a "Music Venue." A music venue will be allowed to host minors in the bar, provided they are clearly marked as such, are served in different glasses than those over 21, and are prohibited from going in and out of the club. Reputable music venues already do this, but there are forced aligned against this proposal.

It is VITAL for the Omaha music community and the city itself that this ordinance be passed. Culturally, music is what Omaha is known for. This city has spawned international success stories like Bright Eyes, 311, and The Faint. This would not have been possible without all-ages music venues. 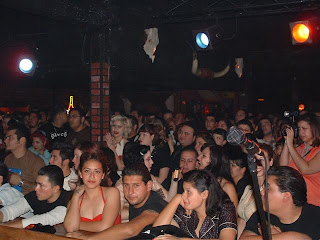 Without an outlet for all-ages shows, bars like Waiting Room and Slowdown would be hurt financially, and that could limit that amount and kind of shows that come to the metro area. If you care at all about music in Omaha, let your councilman know that he/she should support the all ages ordinance. If you don't know which district you live in, check here. I have put the email addresses for the council members and the Mayor below. Please take a few minutes to politely express your support.

Contact the City Council & the Mayor
1.) Tell them you support allowing all ages shows in bars in Omaha!!

2.) FORWARD THIS TO EVERYONE YOU KNOW; Tell everyone you know to do the same!!

Here is the letter I wrote to all of the council members and the Mayor:


Mr. Mayor and Members of the City Council:

I am writing you today as your constituent to ask that you vote in favor the proposed music venue ordinance that will allow all-ages music shows to continue in Omaha. I feel that this is vital for the city not just in financial terms, but also in cultural terms.

Omaha’s music community has received international accolades, and artists like Bright Eyes and 311 have done much to promote Omaha as they have toured around the world performing their music. These artists, and many others like them, would not have had the opportunity to grow and develop were it not for all-ages venues.

I am a regular concert-goer in Omaha, and I have seen the lengths that venues like The Slowdown and The Waiting Room have gone to ensure that minors are not served alcohol in their establishments. They are behaving responsibly, and should not be punished for doing so. If this measure does not pass, and minors are prohibited from entering music venues that serve alcohol, the bars that have been acting responsibly and lawfully are the ones that will be hurt.

Places like Qwest Center, Rosenblatt Stadium, and The Orpheum, for example, serve alcohol and allow minors to attend events. It would seem somewhat hypocritical and unfair to allow certain establishments to have one set of rules, while making an entirely different set for the remainder.

I appreciate you taking the time to read this, and I urge you to vote “Yes” for the all-ages music venue.
Posted by Dave Splash