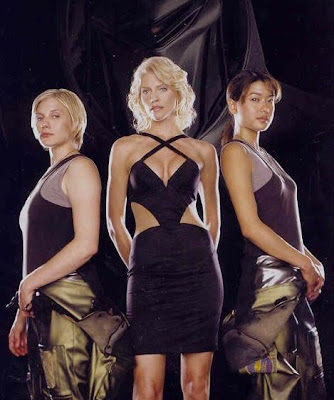 Man, I can hardly contain my excitement. The fourth (and unfortunately final) season of Battlestar Galactica begins tonight. Sorry if that's too nerdy for you, but it really is one of the best shows I've ever seen.

I tried to resist BSG when it first re-emerged because I assumed it would be a cheesy remake of a cheesy 1970s show. I could not have been more wrong. After catching the pilot on the Universal HD channel, I was hooked. I went and bought the DVDs for Seasons 1, 2, and 2.5, and caught Season 3 on Sci Fi. I am so ready for this new season - it has been a long time.

For those not "in the know" about BSG, you might want to try some of these articles before tonight:

Salon: "Everything You Were Afraid To Ask About Battlestar Galactica

io9.com: "Why Battlestar Galactica is the best political drama on television"
Posted by Dave Splash